Definition: A 3 Phase rectifier is a device which rectifies the input AC voltage with the use of 3 phase transformer and 3 diodes which are connected to each of the three phases of transformer secondary winding. 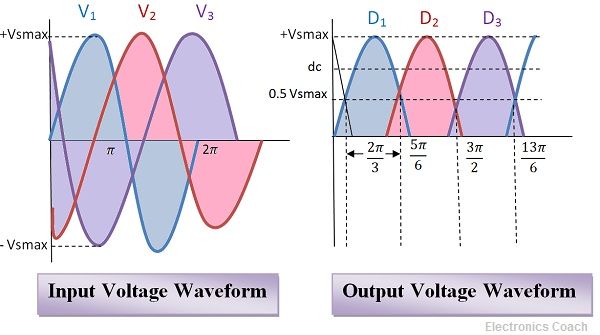 Each diodes conducts for one third of the AC cycle and remaining two diodes will remains open circuit. The ouput DC voltage will be between the peak value of supply voltage and half of the supply voltage.

The ripple factor for 3 phase half wave rectifier is derived in the equations below. 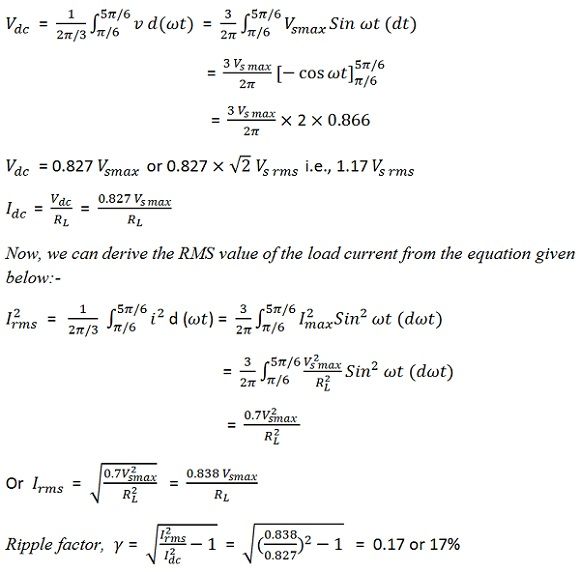 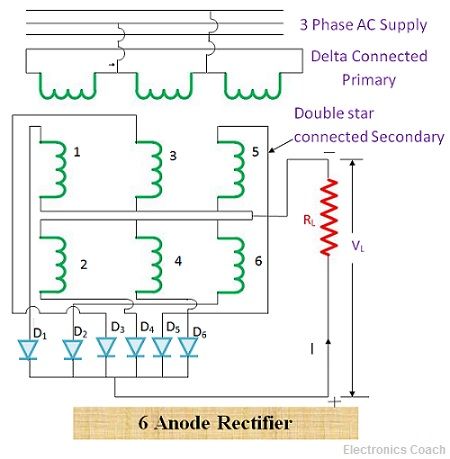 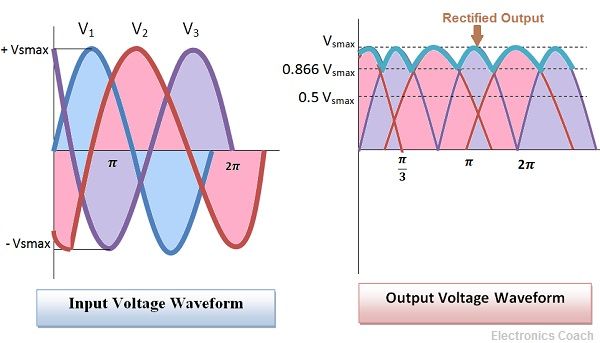 The main reason behind this low fluctuation in output voltage is the usage of large number of diodes. It is appropriate to use 6 diodes. This is because if more than 6 diodes are used the cost of the circuit increases. Moreover, the circuit complexity increases and no significant increase in the regulation in the output voltage will be there.

The type of arrangement in bridge form is widely used because there is no need of centre tap transformer in bridge rectifier. The advantage of using bridge rectifier is that the load current Idc is 0.95 times of the peak current flowing through the diode.

The Vdc is approximately 2.34 times of the rms value of AC voltage through the secondary winding of transformer in 3 phase half eave rectifier. Each diode in 3 phase bridge rectifier carries only 1/3 of the current flowing though the load. 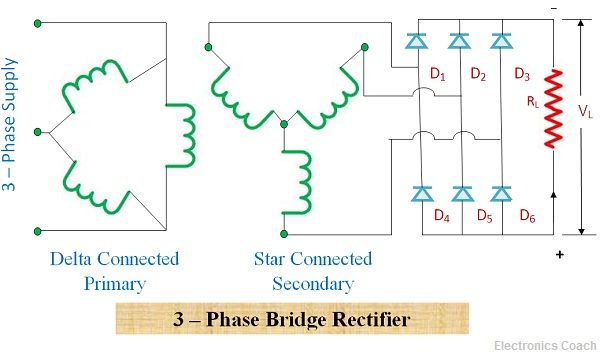 Thus, this type of bridge arrangement is more preferred in various applications