Definition: Varactor diode is the one which works on the principle of variation in capacitance by changing the width of the depletion region of P-N junction. The P-N Junction diode creates capacitor effect. The capacitance is controlled by applied voltage. It works on reverse biased mode.

It is also called voltage-variable capacitor (VVC)  or varicap diode. 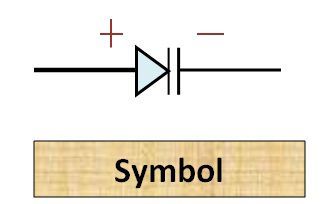 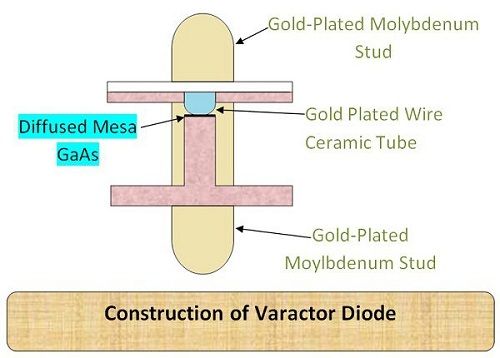 Here, CT  is Transition capacitance, ɛ is dielectric constant, A is the area of plates of the capacitor and W is the width of the depletion layer. 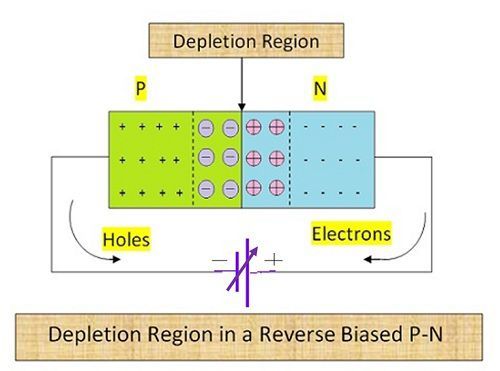 It is evident from the above relation that transition capacitance is inversely proportional to width of the depletion layer. Thus, if we want the high magnitude of capacitance the width should be small. And the width will be small if we will apply low reverse voltage.

It can be seen in the characteristic curve that as reverse voltage increase from 0 V the transition capacitance is decreasing exponentially.

The relation between the transition capacitance, VR and Vk . 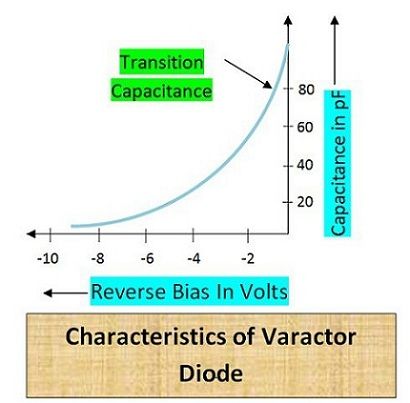 The tuning range of the capacitor varies with the doping level of the diode.  For abrupt doping junction the doping will be uniform, but for the hyper abrupt junction, the doping profile will be non-uniform.

These are specially designed to work in the reverse biased mode, it possesses the least significance when operated in forward biasing.

Varactor diode produces capacitance effect, this is because it cathode and anode terminals acts as the plate of the capacitor and region between them acts as dielectric medium.