There exist some more crucial difference between RC and RL circuits; we will discuss all those with the help of comparison chart. But before that let’s have a look at the contents of this article. 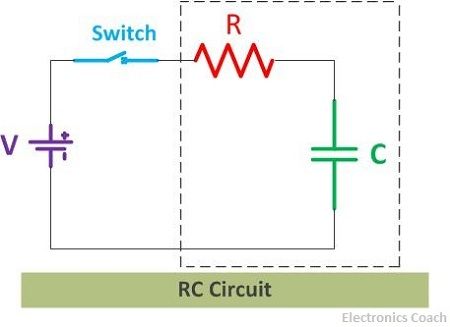 The variation of the charge with externally applied voltage is given in the diagram below. 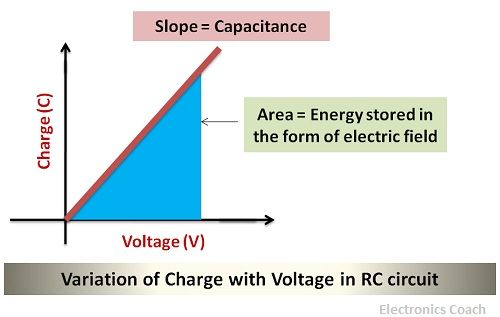 It is clear from the above diagram that the charge increases with the increase in voltage. In order to understand capacitance, we need to analyze the diagram above. The slope of the above graph represents the value of capacitance.

The area covered in the above graph represents the energy stored in the form of the electric field. This is because the parallel plates of the capacitor store the charge and it gets converted into electrostatic energy.

Mathematically, the current flowing through the RC circuit can be calculated with the help of Kirchhoff’s law of voltage and current. The energy stored in form of the electric field can be written in terms of charge and voltage. With the help of below equation, you can develop a better understanding of RC circuit. 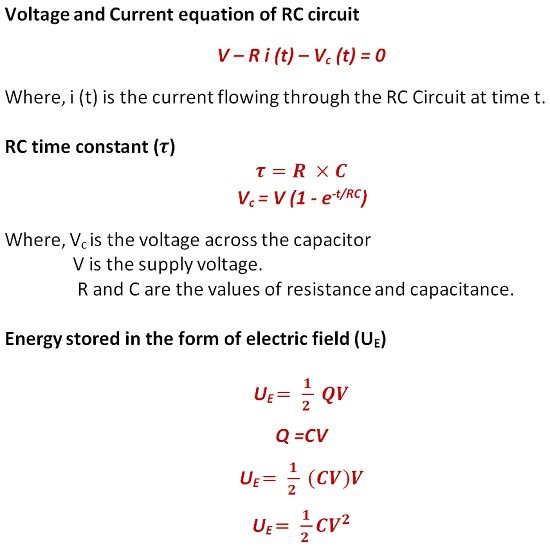 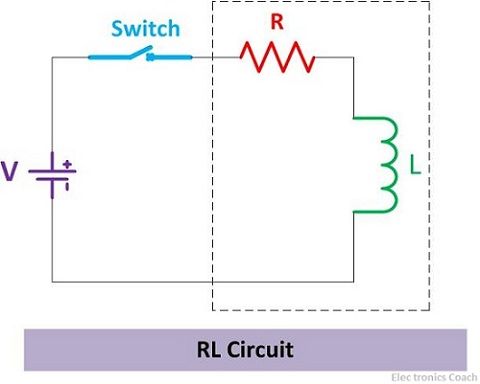 The flux linking with the inductor coil creates the magnetic field around it. Moreover, the flux varies with the current flowing through the coil. The variation of flux with the current is shown below with the help of a graph. 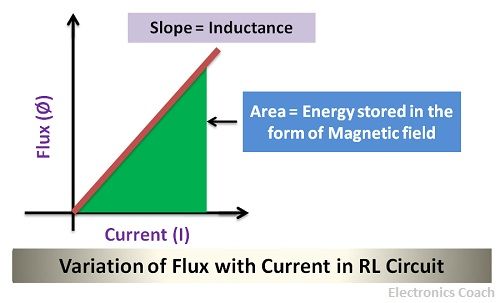 The slope of the graph depicts the value of inductance while the area covered by the graph determines the energy stored in the form of magnetic field.

To understand it more clearly, you may refer to the equation shown below. These equations show the relationship between current, inductance and externally supplied voltage with the help of Kirchhoff’s law. The energy which is stored in the form of the magnetic field can be expressed in terms of flux and current. 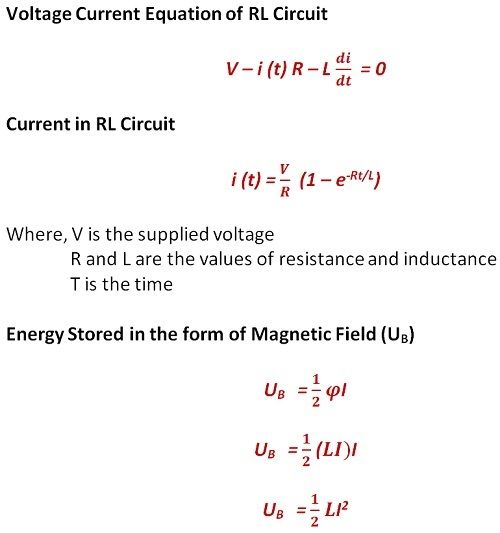 The RL and RC circuit are the backbone of various electronic circuits. Both of these has its advantages and disadvantages; it depends on the application that which circuit is to be used.

If you are dealing with low power application, then RC circuit is appropriate as it is of low cost. But if your application requires high power then RL circuit should be used. The RL circuits are more complex and heavy than RC circuit . This is because inductors are heavy and are not found abundantly but they are created by wounding metallic wire in the iron core.