The major difference between amplifier and repeater is that an amplifier amplifies the weak signal and the noise associated with this signal also gets amplified. On the contrary, the repeater does not amplify the noise signal. Although a receiver also consists of an amplifier in it but apart from this it also possess a signal reshaping circuit which reshapes the distorted signal and amplifies the undistorted signal.

When the signal is transmitted from a transmitter, it undergoes distortion; this is because interference due to noise signal get introduced in the transmission path.  As a consequence of this noise addition, the information wrapped with the electronic signal also gets modified. This is an undesirable event which makes the communication system less reliable.

To deal with the above problem, we need a circuit which can make this weak signal an amplified one so that it can reach the receiver end without losing any part of the information. The circuit used is nothing but amplifier and receiver. Though both these circuit performs the same operation but due to some constructional features, there exists some difference.

Let’s have a look at the roadmap of this article, after this; we will discuss comparison chart.

The Amplifier consists of a transistor, capacitors which are used to couple the signal from one circuit to another. The energy required by the amplifier to amplify the distorted signal is transferred to it by the DC power source. 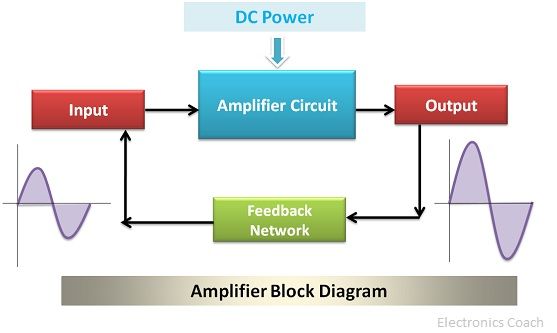 The repeater repeats the signal from the transmitter and supplies it to another repeater with high power gain. The repeater also consists of the amplifier circuit. Moreover, the repeaters can be designed according to the nature of the communication system. In optical communication, we need repeaters with a photodetector and other light sensitive equipment. On the other hand, if we are dealing with electromagnetic signals, then we need antennas, waveguides etc. for the regeneration of the signal. 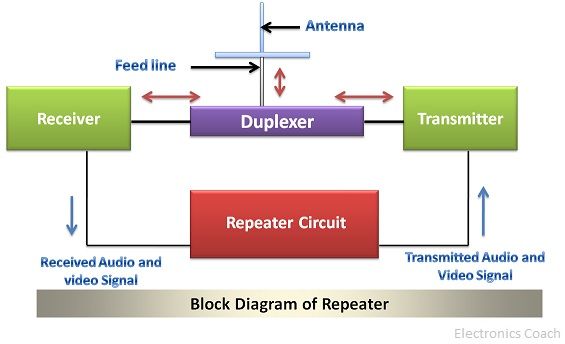 The answer to the above question is that a repeater is much more than an amplifier because it consists of a reshaping circuit in addition to an amplifier circuit. Now, just think about a communication system which amplifier the weak signal by providing high power gain. Besides, before this amplified signal reaches the destination, it is reshaped by a circuit in the repeater.

This reshaping phenomenon is something which makes the repeater a better choice in digital communication systems.

Key Differences Between Amplifier and Repeater

But if we analyse the practical scenario, we will come across the fact that there are certain constraints in the channel. Due to this, the signal gets deteriorated. Therefore, we need circuits in the mid of the channel to deal with this deterioration. And amplifiers and repeaters best serve this purpose.