An amplifier is an electronic circuit which takes the input signal which has the low intensity or low amplitude and generates the output signal of high intensity. But what can be inferred from the above definition? It is completely fine that amplifier increases the intensity or amplitude of the signal. It clearly means it supplies energy so does amplifier generate the energy of its own?

The answer will be NO.  An amplifier cannot generate the energy of its own but for this purpose, it utilizes DC source. The DC power source circuit generates the additional energy which appears at the output. The electronic architecture of the amplifier can be realized with the help of a transistor biased circuit. 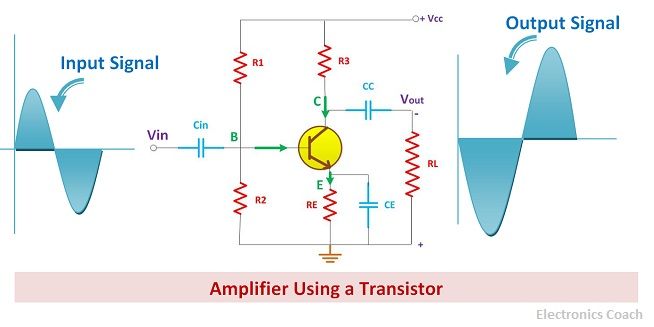 The transistor is used as an amplifier. This is because it has the ability to amplify the weak signal. The signal which has low intensity is fed to it at the base-emitter terminal and the base region is extremely small thus, very low current is passed through it. The entire current will pass through the collector and high voltage drop can be generated by connecting a load resistor across it. 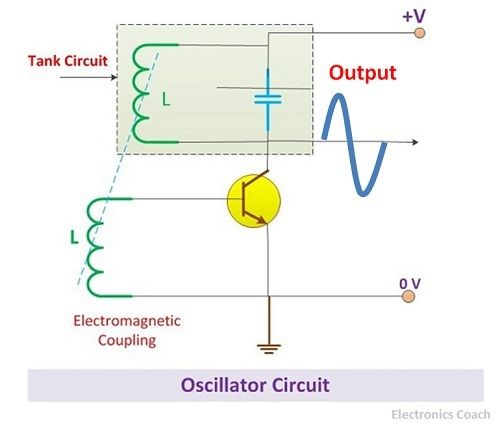 The condition for the oscillator to generate waveforms is fixed. To understand that, let’s consider a frequency selective network connected to the feedback path of the amplifier circuit. The oscillations will start when the phase shift across the complete loop will become zero. And the frequency at which this happens will be the oscillating frequency. Another crucial condition for generation of oscillations will be that the gain of this closed loop circuit should be greater than or equal to unity.

Key Difference Between Amplifier and Oscillator

The amplifier and oscillator both are the crucial circuits which hold special significance not only in electronics circuit but also in communication circuitry. The major difference between their working mechanisms differentiates these two circuits. The amplifier is significant for increasing the intensity of the weak signal. While the oscillator is significant for providing AC signal source to an electronic circuit.