The expansion of the decimal number can be obtained by multiplying each digit of the number with base or radix of the number system i.e. 10, and the base will be raised to the positional value of the digit.

While when we subtract larger number from the smaller one the result of the addition of the subtrahend with minuend will not produce any carry. When addition of 9’s complement doesn’t generate any carry it indicates that the resultant product is negative. The final answer can be obtained by again taking the 9’s complement of this number. 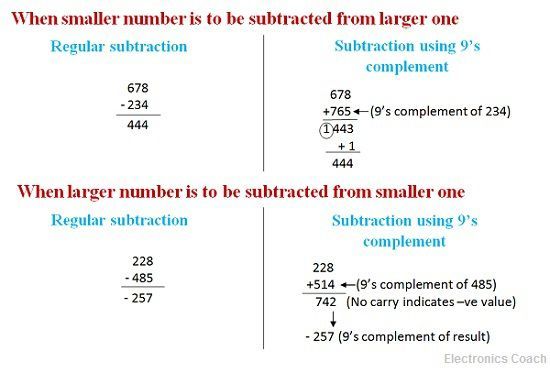 The 10’s component of the decimal number is crucial in subtracting one number from other. The subtraction can be achieved with the help of addition of 10’s complement of subtrahend with minuend. In this again two cases will arrive which are as follows:-

(i) When a smaller number is to be subtracted with the larger number, in this case one carry will be generated. Ignore this carry and the rest of the digits of the addition will be the answer. 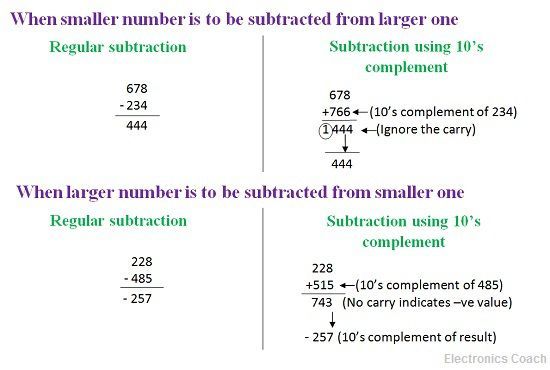 These complements are crucial in dealing with the input-output of digital system and microprocessor and micro-controller.