Thus, it is termed as the demultiplexer as it takes one input and generates several outputs.

There can be various types of demultiplexer circuits depending on the number of output. The input will be always one in number. 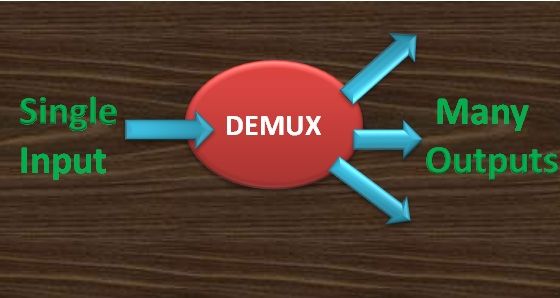 The demultiplexer can be digital as well as analogue depending on the type of input and output. In this article, we will discuss digital demultiplexer which is significant in the present era. You must be thinking that what is the need of demultiplexer? 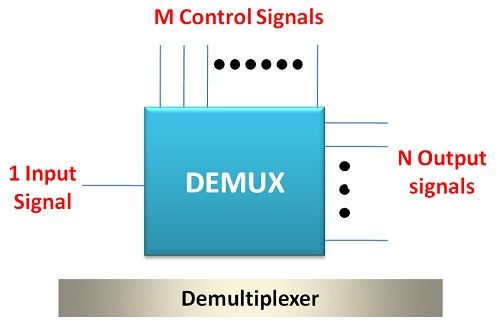 The utilities of demultiplexer do not end here. It is a significant digital circuit. Consider a situation when you have a single source and you need to serve it to multiple users, in this case, we need demultiplexer. Thus, demultiplexers play a crucial role in the communication system. 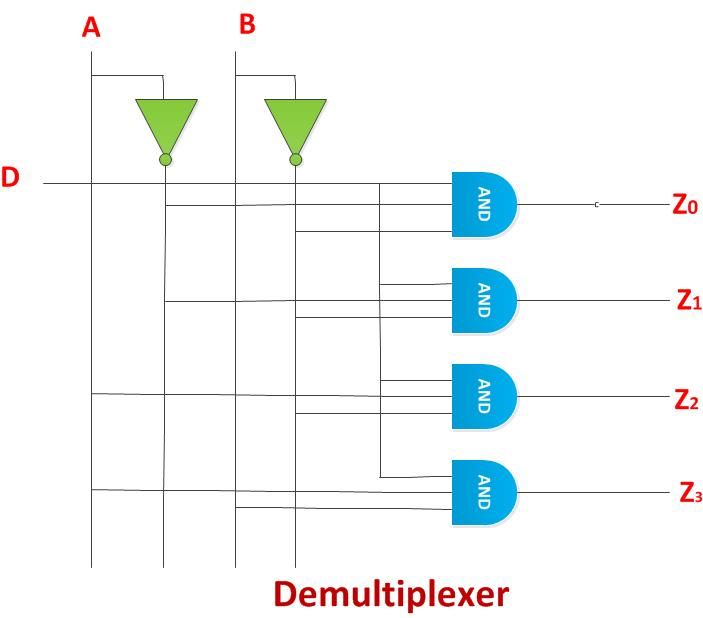 We have already studied the equation in our previous article of Multiplexer.

Every possible combination determines that the input will pass through a particular output terminal.

For various application in communication and electronics realm, we need multiplexers as well demultiplexers, both works in synchronization to achieve a particular task. We can extend the outputs by increasing the output terminals of demultiplexer but then the control signal should also be varied.