The demultiplexer has selection lines to allow the input to follow one of the selected paths for generating it at the output. The decoder does not possess any selection lines as it has nothing to do with the selection of the path.

We will put light on some more crucial differences between demultiplexer and decoder with the help of comparison chart. But before embarking on it let’s have a look at the roadmap of this article. 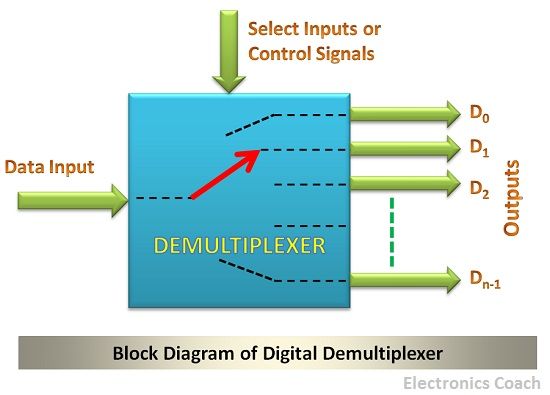 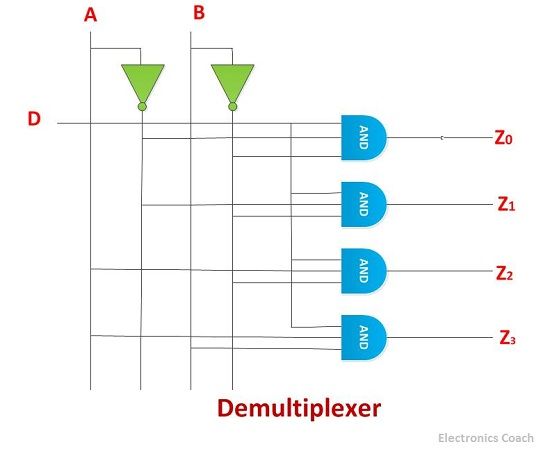 The data signal is represented by D. This is the main data which is to be transmitted through the switching network, i.e. demultiplexer. Now, to understand how does it work we need a careful observation of the truth table.

Case 1: When the selection lines A and B both are 0

If data terminal D is 0, then, in this case, the output terminal which is to be selected will be Z0. But no data will be transmitted as there is no data signal which is indicated by its 0 value.

If data terminal is 1, then this output will be redirected to the path Z0.

If data terminal D is 0, then the output terminal which is to be selected will be Z1, but since the value of signal D is 0, thus no output will appear.

If the value of data signal D is 1, then this output 1 will be reflected at the output terminal Z1.

Case 4: When the selection line A and B both are 1.

The output signals present in the decoder set to high when the desired combination of control signal occurs. You will understand more clearly with the help of it connection diagram. 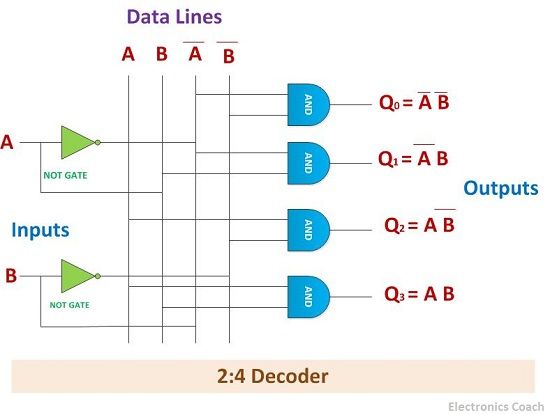 It is clear from the connection diagram of 2:4 decoder that, it consists of 4 AND gates. Out of these 4 AND gates, only one will be high at a particular time; the other will be zero. There are two inputs A and B, which acts as control inputs for the decoder circuit. Many decoder circuits are designed with an enable signal which is set to high when the decoder performs its operation.

The truth table of the decoder is given below. It is clear from the truth table that the combination of the control signals decides which input is set to be high.

The demultiplexer and decoder both are the combinational circuit, but both are different in terms of not only in functioning but also in designing architecture. The presence of selection lines in demultiplexer also differentiates it from decoder circuit.