Definition: Oscillator is a circuit which utilizes positive feedback amplifier to generate sinusoidal waveforms of fixed amplitude and frequency. It is the major source of power in electrical and electronic instruments. The amplifier provided with the positive feedback can generate the sinusoidal signal even in the absence of any input. These signals are termed as oscillations, and hence the device is known as an oscillator.

The oscillator does not generate the energy of its own, to generate oscillation but uses DC source to convert the DC power into AC. Therefore it is also termed as an inverter which is the opposite of rectifier. 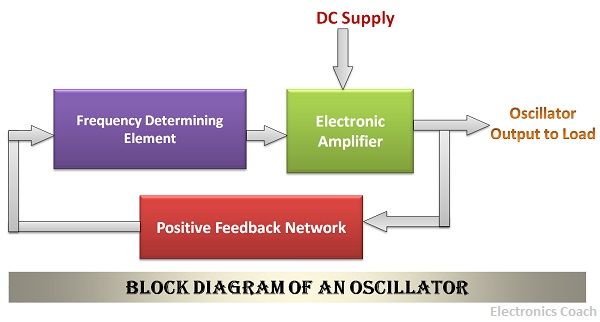 The circuit of the oscillator is termed as the tank circuit. It consists of the capacitor and an inductor. The capacitor is already charged and connected to an inductor with the switch between them. When the switch is open, nothing will happen. 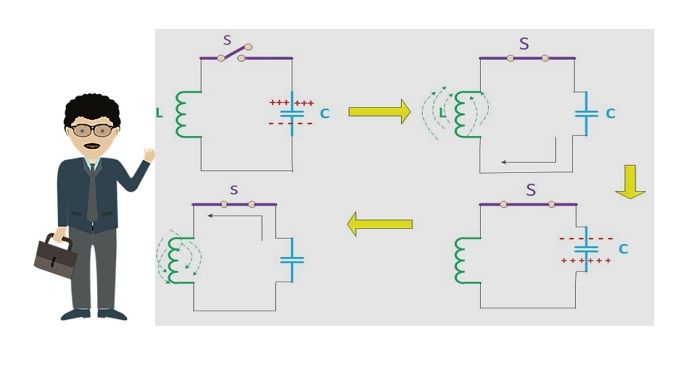 This is because of Lenz law which states the magnetic field created will oppose the cause which has created it. The emf thus induced will cause current to flow again in the LC circuit. As a result of induced emf the charge will flow and as a consequence of this induced emf, the charge will be stored in the capacitor. The capacitor will store the energy in the form of the electrostatic field. 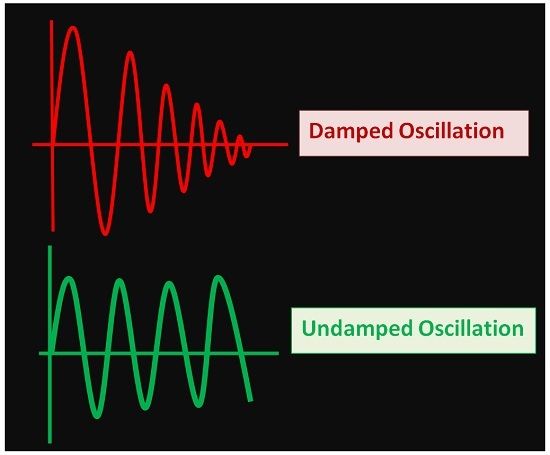 Frequency of the Oscillator Circuit 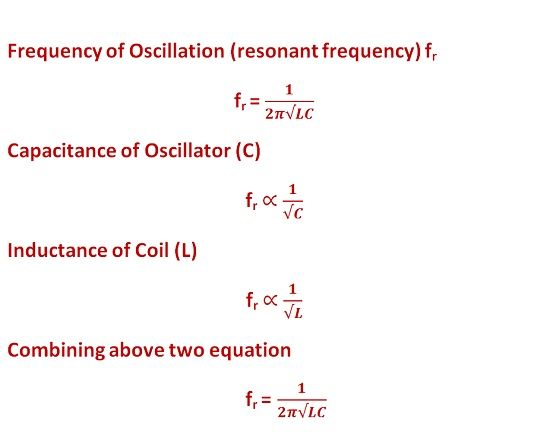 Principle of Oscillator and Barkhausen Criterion

This implies that even when there is no input then also the oscillator will continue to generate the output. 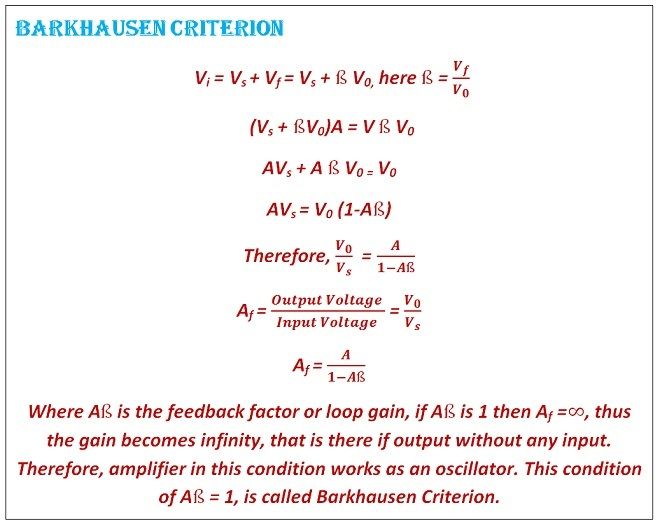 This is the essential condition for the amplifier to acts as the feedback. To summarize the condition, we can say that an amplifier which uses positive feedback and which possess infinite overall gain is termed as the oscillator circuit.