Thus, it is crucial to use smooth and steady DC output voltage for such applications. And in order to smooth the pulsating signal, we need a filter circuit. 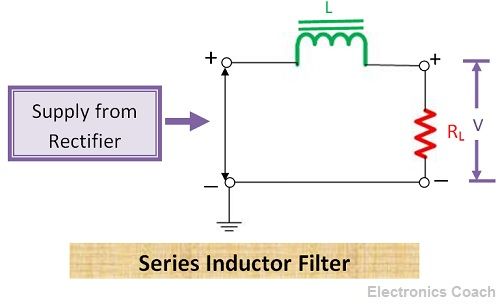 When the value of DC from the rectifier is less than the average value then the inductor release the stored magnetic energy in order to balance the effect of the low value of DC. In this way series inductor filter maintains the regulated DC supply.  Moreover, inductor blocks the AC ripples present in the output voltage of rectifier; thus, smooth DC signal can be obtained.

Let the voltage across load resistor RL  be VL. Thus, the value of VL is given by the below equation.

The reactance of inductor coil or choke coil increases with the increase of frequency thus at higher frequencies the voltage will be negligible. Thus, the AC voltage is considered significant up to second harmonics only i.e.  VLmax. 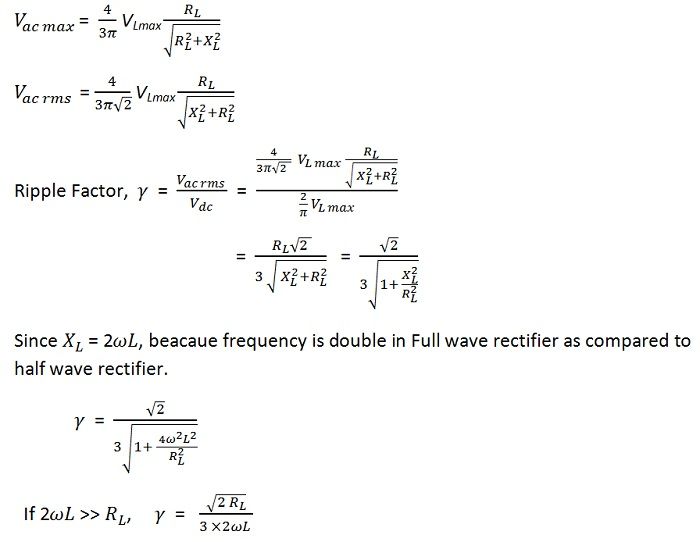 When the value of load resistance is infinite, then the output circuit will behave as an open circuit, in this case, ripple factor can be given by the below equation.

The waveform of series inductor filter is given in the below diagram. It can be seen that waveforms without filter consist of AC ripples while the waveform with filter is regulated. 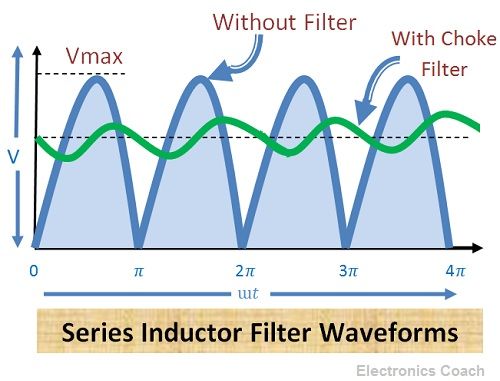 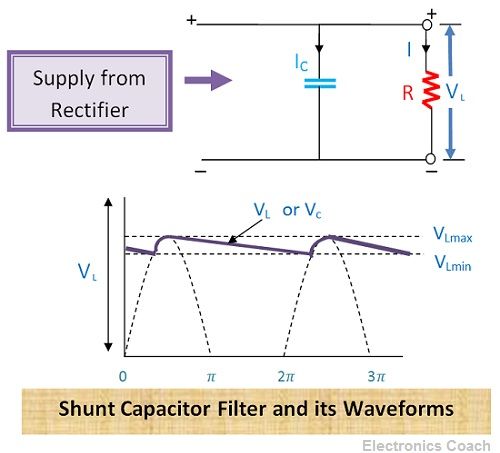 If the value of capacitance of the capacitor is high, then it will offer very low impedance to AC and extremely high impedance to DC. Thus, the AC ripples in the DC output voltage gets bypassed through parallel capacitor circuit, and DC voltage is obtained across the load resistor.

Let Vr be the ripple component of voltage, and Vdc  is the DC value of Voltage and voltage across the load resistor RL be VL max.

The value of charge Q = CVr.

With the help of mathematical equation, you can easily understand the working of the filter circuit. Besides, its cut-off frequency can also be determined with the help of these equations.