For example, transistors, amplifiers are active elements. While resistor, inductor, capacitor are passive elements as they cannot supply energy to the circuit. 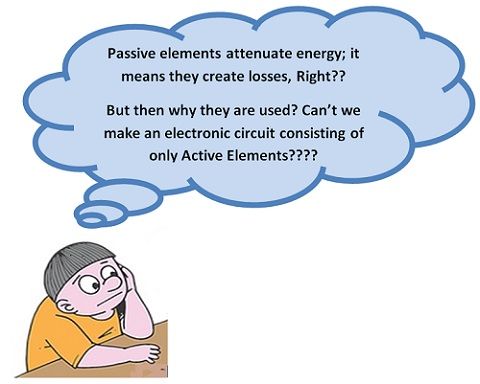 No, you cannot design a circuit or synthesize it before connecting a passive element in it. Passive elements holds significance in processing of various tasks.

To understand the importance of Resistor, let us consider a circuit consisting of diode and voltage source at input. If the current though the diode becomes excessive large then it may lead to the damage of the diode. The condition may become worse due to breakdown of circuit. Thus, it is very crucial to limit the value of current through the diode to protect it.

Another significant passive devices are inductor and capacitor which stores energy supplied by active device. If inductor and capacitor is not placed in a circuit, the energy flowing from active source will continue to flow and will cease to flow only when the device switches to off state. Thus, energy will not be stored anywhere in the circuit. Such a processing is totally futile if we cannot use the stored energy during the inactive state of the voltage source.

Similarly, inductor also performs the same activity. But it stores energy in the form of magnetic field.

Electronic component can be defined into various types based on various parameter such as measurement components, power supply components etc. 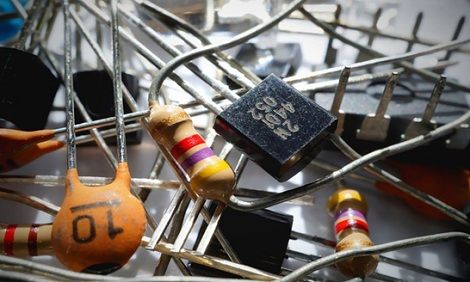 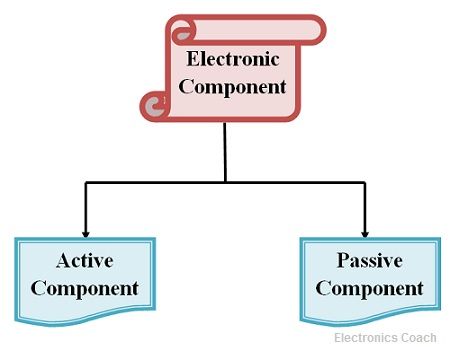 The above diagram shows the classification of electronic Components. Let’s discuss each of this briefly.

Active devices supply energy to the circuit. We have already discussed that what are those devices which belongs in this category. Now, let’s put light on some of these devices. 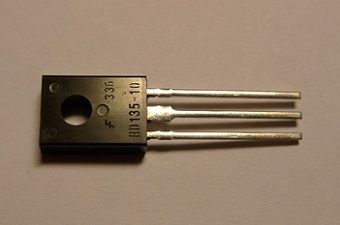 (ii) Batteries: Batteries generate electrical energy by the process of electrochemical reaction which takes place inside it. The chemicals present in the battery undergo transformation to convert chemical energy into electrical energy. It is a vital part of every electronic circuit as it supplied power to the circuit without which the circuit cannot process signals. 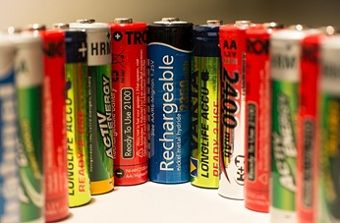 (iii) Cathode Ray Tube: It is used in picture tube in television circuit. It is controlled by an electron gun. Electron beam strikes the phosphor screen and it gets illuminated.

These are the components which obstruct the current or supplied energy.

Some of the most commonly used passive devices are discussed below:

(i) Resistor: Resistor has the characteristics to provide hinderance or obstruction in the path of current. Resistors are generally used as current limiter for protecting active components from breakdown. 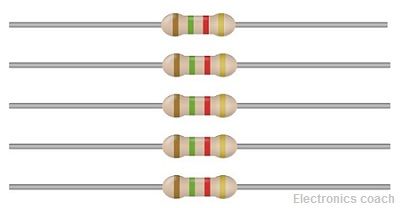 Thus, resistance is connected in series with the active components to protect excess current to flow from them. Besides, the resistance also acts as a load.

(ii) Inductor: Inductor allows DC to pass through it and block AC. It provides low resistance to DC while high resistance to AC. Thus, it is used in the devices which are used in application where AC ripples are not desirable. Besides, inductor stores energy in the form of magnetic field.

(iii) Capacitor: Capacitor is used in the circuit to store electric charge. It is significant in rectifier circuit, filter circuit etc. Besides, the property of capacitor to provide low reactance to AC and high resistance to DC is of vital importance in case of voltage regulator circuit. It filters AC ripples. 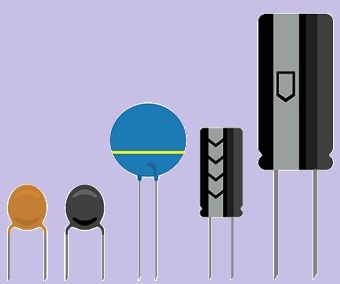