In this way, the rectifier provides DC output during positive AC cycle as well as during negative AC cycle. 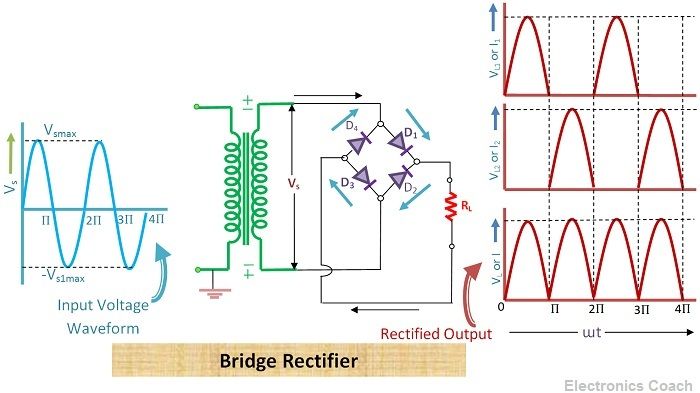 Diodes operation during Positive Half of AC

Diodes operation during Negative Half of AC

When negative cycle or second half of AC signal approaches bridge rectifier, the top of the secondary winding of a transformer is negative while the bottom half of secondary winding of the transformer is positive. Thus, in this situation, the anode terminal of diode D1 is negative while cathode terminal of D3 is positive. This makes the diode D1 and D3 to operate in reversed biased condition.

Let us consider the forward resistance of some value and reverse resistance offering infinite resistance, then we can derive the value of current through the load resistor.

The total current flowing through the load resistance RL being the sum of currents i1 and i2 is given as:-

The peak value of the magnitude of the current through the resistance RL can be obtained by below equation. 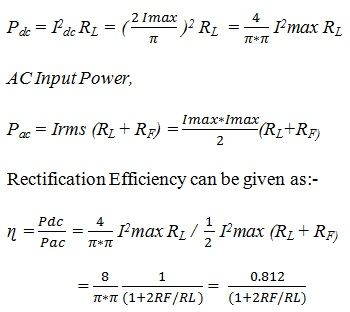