Definition: LASER is an acronym of Light amplification by stimulated emission of radiation. A laser diode emits radiation of a single wavelength or sometimes a narrow band of closely spaced wavelength.

LEDs also work on the same principle but the major difference is the internal architecture. A laser diode is formed from narrow channels and it acts as a waveguide for light. But LEDs is made up of wide channels. 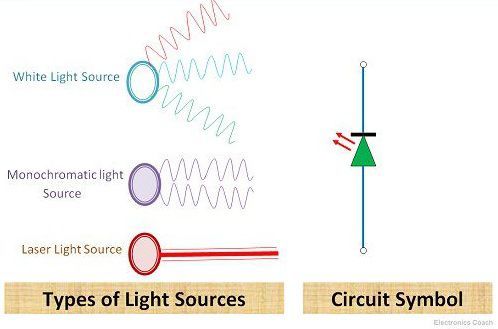 The Laser diode is made up of two layers of Semiconductors i.e. P-type and N-type. The layers of semiconductors are made up of GaAs doped with materials like selenium, aluminium or silicon. The construction is same as that of LED except the channels used in Laser are narrow to produce a single beam of light. 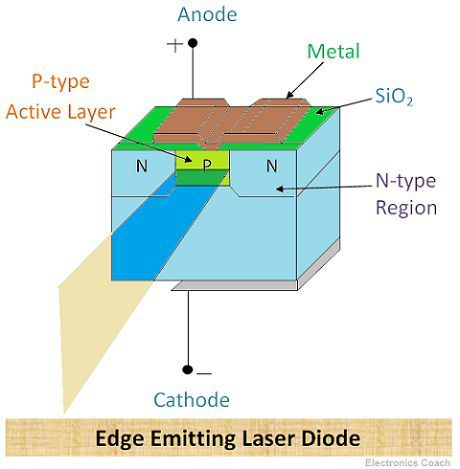 And one more difference in a Laser diode is that an intrinsic layer of GaAs (undoped) is also present.  This layer is called active layer. The active layer is enclosed by layers of lower refractive index. This act as optical reflectors.

These layers along with active layer form a waveguide so that light can travel only in a single path in a single and fixed direction. The beam of light is produced in this section. The metal contacts are provided to facilitate biasing.

The laser diode works on the principle that every atom in its excited state can emit photons if electrons at higher energy level are provided with an external source of energy. 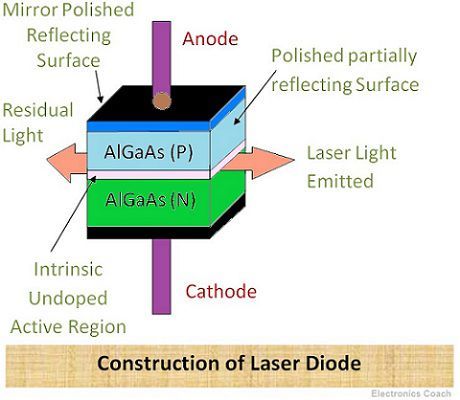 There are basically three phenomena by which an atom can emit light energy and that are Absorption, Spontaneous Emission & Stimulated emission. 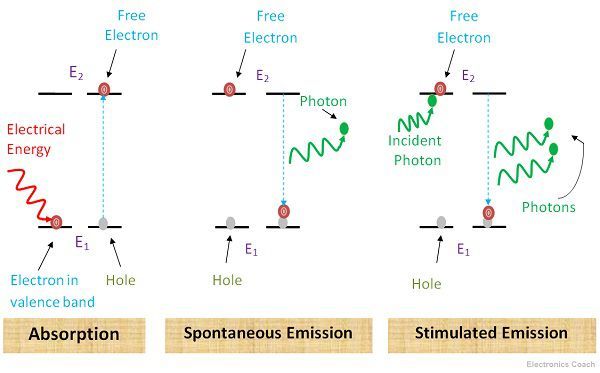 And this is the requisite state for Laser diode. More the population inversion more will be the electrons at higher and meta stable state and more will be the stimulated emission. The photons emitted are in the same phase with the incident photons. And these photons travel as a single beam of light and thus produce coherence.

It offers several advantages such as prevention from interference caused due to the electrode structure. Besides,  it also provides an advantage of wavelength selection. 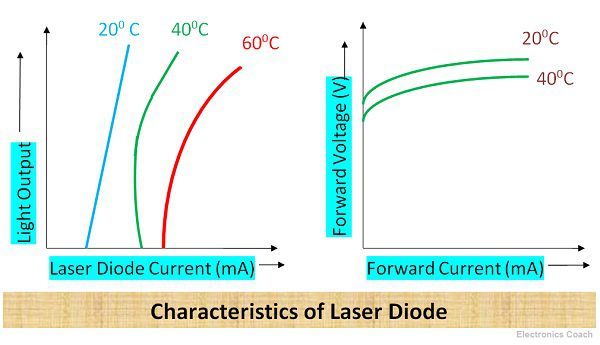 These are some of the significant applications of the LASER diode. Amongst all of these applications the most crucial realm in which laser diode finds its application is optical fibre communication system.