The capacitance is the property of the capacitor which indicates its ability to store charge. It is measured in farads. Farads (F) is a larger measure of capacitance, thus usually microfarad or picofarad is used.

Here, C is the capacitance, ɛ is the dielectric constant of the medium and D is the distance between the plates of the capacitor.

Significance of Capacitor and its types

A capacitor is a significant electronic component of a circuit. It is needed to give electrical energy to the circuit when the power is turned off. Thus, during the on duration of battery, the capacitor gets charged to its peak value and after switching off of battery it supplies power by discharging.

It is very crucial to classify capacitors because if you need a charge storage device for power correction or in amplifiers you need a capacitor of a large capacitance. But in case of tuning circuit, you will require a small capacitance capacitor.

The Fixed Capacitors are those which possess a fixed value of capacitance. The value of the capacitance of fixed capacitors cannot be manipulated.

The electrolytic capacitors and the super capacitors are the sub-types of the polarized capacitor. Let’s discuss each of these types in detail.

Th electrolytic capacitors are those in which electrolyte serves as a dielectric substance. It is made up of aluminium and tantalum. The reason of using these materials is that these materials form oxides which possess extremely high dielectric strength. Thus, two aluminium foils are taken, in one of the foil the layer of oxide is formed by process of “Forming”.

In this process of “Forming,” the oxide layer is grown on it by applying voltage on the foil. The other foil provides negative connection to the capacitor. The electrolyte is soaked in a piece of paper. This serves as dielectric to the capacitor. 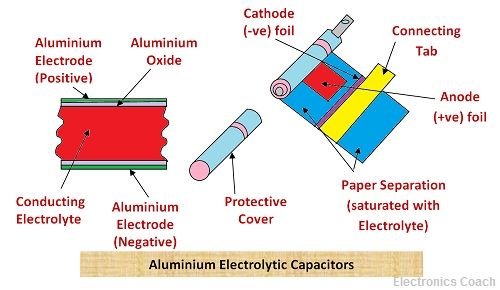 Super Capacitors generally find application in cranes and elevators. The capacity of super capacitors is 10,000 times higher in comparison to that of electrolytic capacitors.

Non-Polarized Capacitors are those which do not have implicit polarity in it, thus, they can be connected in either way in the circuit. Some of the nonpolarized capacitors are Ceramic Capacitors, Mica Capacitor, Paper Capacitor and Plastic Film Capacitors. Let’s discuss each of these in detail.

The Ceramic Capacitors are made up of disc or plate which is coated with a metal such as silver or copper, on both the sides of plate or disc. The leads are made up of tin. The entire capacitor structure is packed into a plastic casing to prevent it from external environmental conditions. 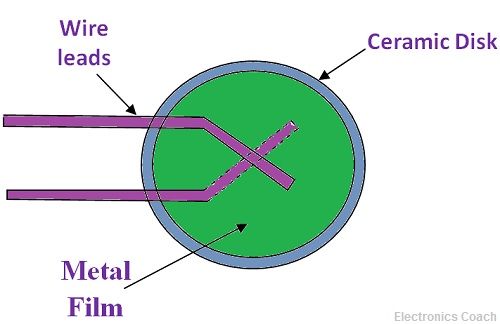 Class 1 Ceramic Capacitors: These are the capacitors which possess high stability and low losses.

Class 2 Ceramic Capacitors: These are the capacitors which possess high volumetric efficiency for bypass and coupling applications. 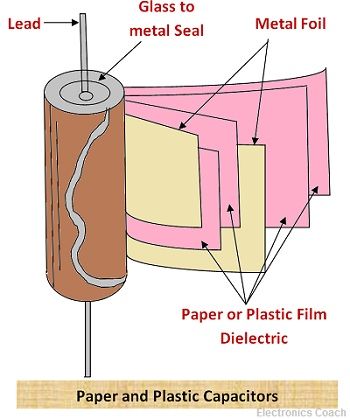 The Mica capacitor is formed by sandwiching the layer of Mica between the layers of Metal. The complete structure is then enclosed a plastic package. 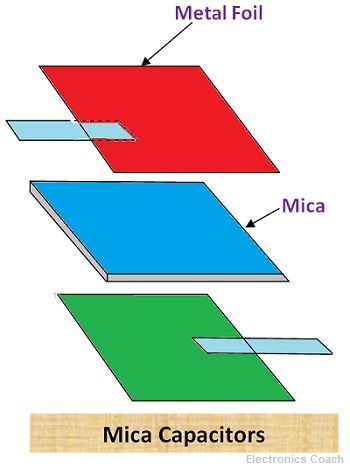 These types of capacitors possess very small leakage current because the leakage resistance is very high in case of Mica Capacitors. The range in which mica capacitors are available commercially varies from 1 pF to 0.1 pF.

The capacitor in which the value of capacitance can be manipulated is called variable capacitor.

With the help of L-C Circuit, the capacitance can be tuned to the desired value. 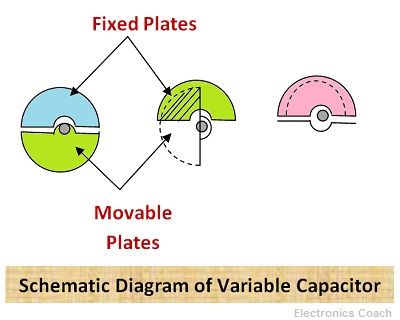 The variable capacitor can be further classified into three types that are trimming capacitors, tuning capacitors and dielectric capacitors.

The colour coding process of capacitors can be understood with the help of below table. 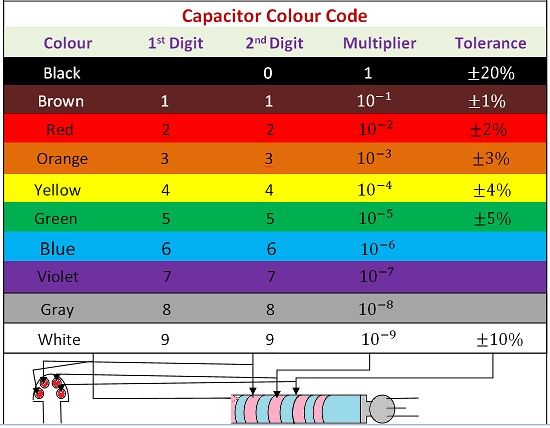 The colour coding of the capacitors is very simple to understand. With the help of this table, we can easily determine the value of any given capacitor by identifying the colour bands on it.