Definition: Resistor is an electronic device which is used to provide an obstruction in the path of current. Resistors are used in electronics circuits for various applications. It is used as the load in amplifier circuits. A resistor is used with the capacitor to provide discharge of capacitor when the power supply is removed. It is also used in filter circuit with inductor and capacitor.

The resistor has two characteristics which are resistance and power dissipation capacity. The resistance can be expressed in ohms while the power dissipation capacity can be expressed as watt. Resistors are available for various purposes in the range of 0.01 Ω to 1012 Ω. The standard power ratings in which resistors are available widely is from 1/8 watt to 250 watts.

The various types of fixed resistors are as follows:

This is the most general and commonly used resistor. In this, the resistive material is composed of carbon clay, and the leads of the resistor are made up of tinned copper. The entire arrangement is enclosed within the plastic casing in order to prevent the entire casing from moisture and other harmful atmospheric condition which may lead to deterioration of the resistor. 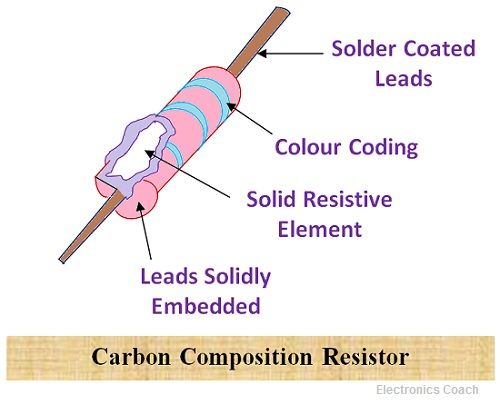 The wire wound resistor is created by wounding a wire around the insulator cylindrical core. These wires are made up of material such as constantan and manganin. Constantan is an alloy which is made up of 60% copper and 40% nickel. These materials possess high resistivity thus they are used as a resistor. 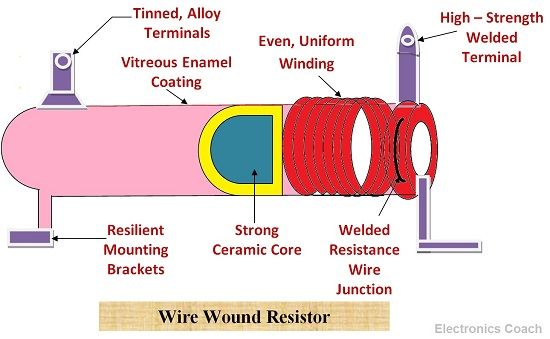 The metal film or carbon film resistor can be formed by depositing a layer of high resistivity material such as carbon or some other metal on an insulating material such as glass. The resistance values obtained by this method is approximate. Therefore, if we want to find the exact methods then we need to trim the layer of carbon deposition. 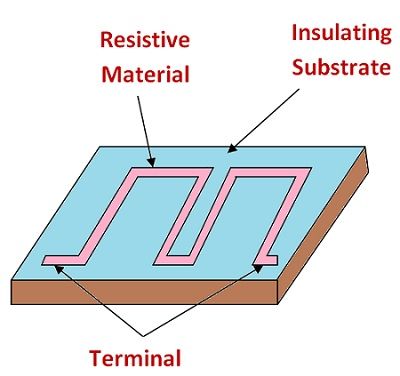 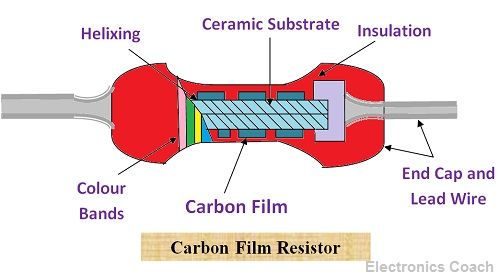 They are usually used in low-level amplifier because it possesses low noise characteristics which is suitable for such applications.

The variable resistors are the one which offers variable value of resistance. Thus, it is also known as an adjustable resistor.

Variable resistor has three leads, in which two leads are fixed, and one is movable. Thus, through with this movable lead the value of the resistance varies.

The general purpose and precision colour codes and their values are given in the table below. 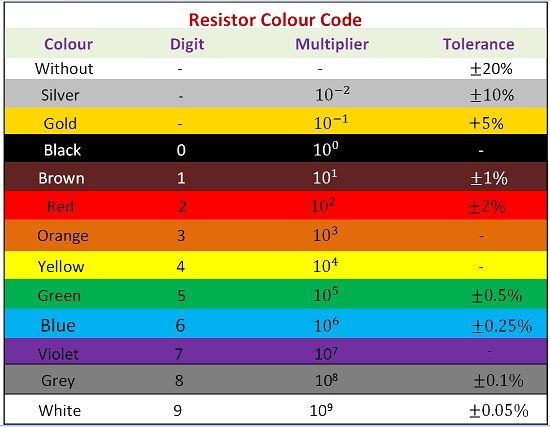 The fourth band indicates the tolerance of the resistor. It can also be understood as the deviation from the specific value of resistance. Let’s consider an example of resistor having colour bands of red, green and yellow, this implies that the resistance value is 25×104