The crucial difference between the Zener and Avalanche breakdown is the operating mechanism. Zener breakdown occurs when the high electric field is created across the junction. On the other hand, Avalanche Breakdown occurs in the device due to the collision of electrons moving at high speed.

In Zener breakdown, the increase in reverse voltage causes the expansion of the depletion layer. The more the width of the depletion region the more will be the electric field across the junction. 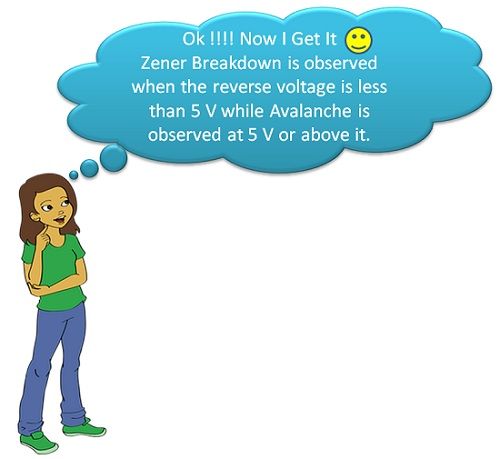 In Avalanche breakdown the minority charge carriers in the semiconductor device which move across the depletion, possess kinetic energy. The value of this kinetic energy is proportional to the applied reverse voltage. These high energy electrons collide will bounded electron and push them towards conduction band.

Therefore, the high magnitude of electric current flows in the circuit due to these electrons entering valence band. The value of current becomes excessive high that it can even lead to the breakdown of the diode. This phenomenon is called Zener Breakdown. 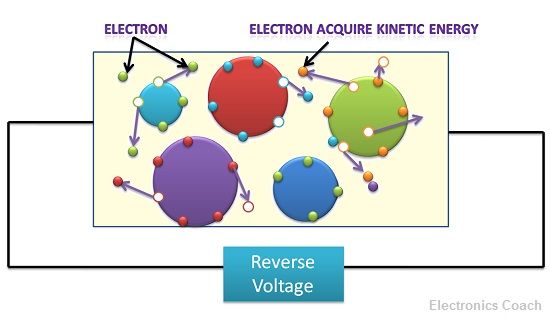 These minority charge carriers randomly move in the semiconductor specimen due to the velocity they possess. These electrons, in turn, collide with other electrons which are tightly bounded to the atom due to covalent bonding.

But these electrons break the covalent bond and participate in conduction by jumping into the conduction band. This happens because high-velocity electrons which are moving in the semiconductor specimen collide with the tightly bounded electrons they impart some part of their kinetic energy to them.

Consequently, the electrons by acquiring kinetic energy start moving toward conduction band. The magnitude of kinetic energy increases with the increase in reverse voltage applied to the diode. Thus, the current starts increasing due to the collision of more and more electrons. Therefore, this high current can lead to the breakdown of the diode.

This is called Avalanche Breakdown. 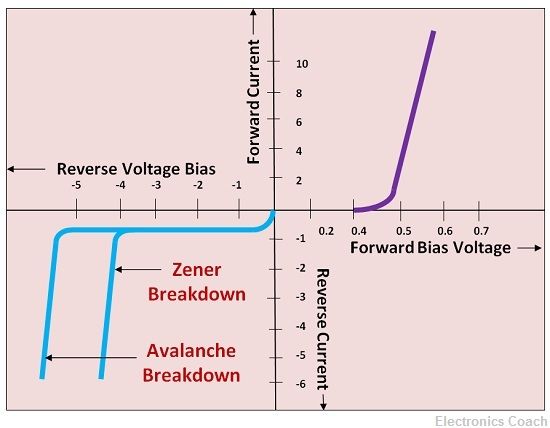