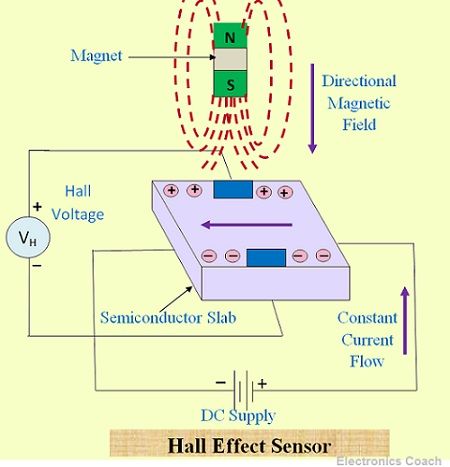 Due to this magnetic force they are pushed sidewards i.e towards the edges of the slab. As a consequence of this the electric field is created due to accumulation of charge carriers across the edges. Thus, the output voltage varies with the variation in the magnetic field. Hall effect is based on the Lorentz principle.

The output voltage generated by the sensor is directly dependent on magnetic flux density. Thus, if magnetic field across the sensor changes the output from hall effect also changes. In this way it provides sensing operation. 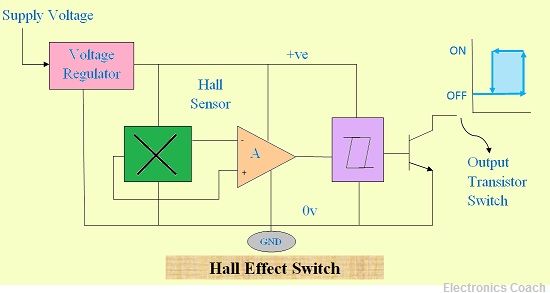 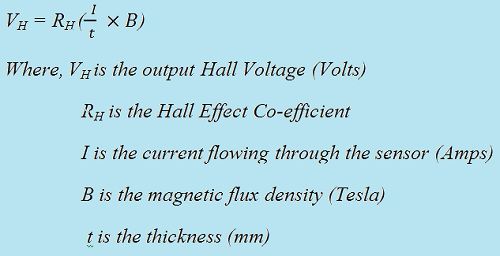 The variation of output voltage with respect to magnetic flux density is shown in the diagram below. 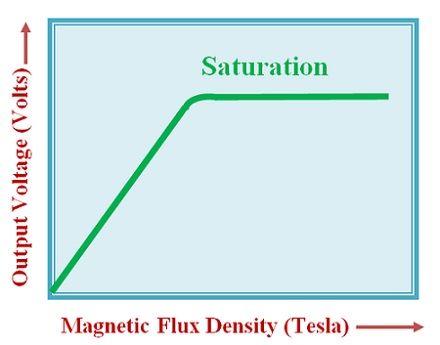 In case of Digital output Hall Sensor the output will be comprised of two stages only i.e. ON and OFF. In digital output Hall effect Sensors, a Schmit – trigger is used in co-ordination with OP-AMP (i.e. Operational amplifier) which forms in built hysteresis. As a consequence of which there is no oscillations in output voltage.

It allow us to determine the magnetic field intensity and magnetic flux density at a particular distance from the Hall Effect Sensor.

Hall Effect Sensors are used for sensing positions thus, they are often used as proximity sensors. They can also be used in the application in which we use optical and light sensors. Hall effect sensors are better to use because optical and light sensors are likely to get affected by environmental conditions while Hall Effect sensors can also work efficiently in the dust, air or other external environmental factors.