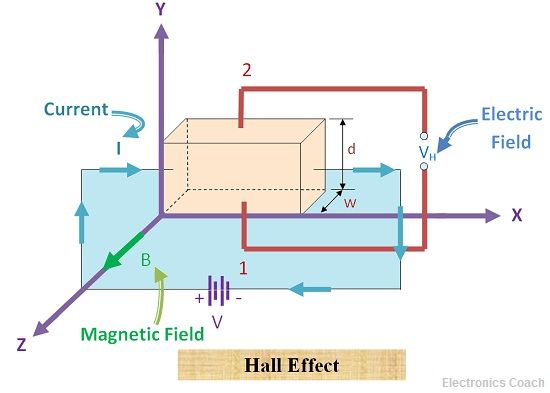 The charge carriers which are flowing along the positive direction of X-axis will be pushed downwards due to magnetic force. In N-type semiconductor the major current carrying component is electron, thus these electrons will be pushed downwards. In the diagram illustrating Hall’s Effect it is quite evident that the bottom surface is numbered 1 and upper surface is numbered 2. 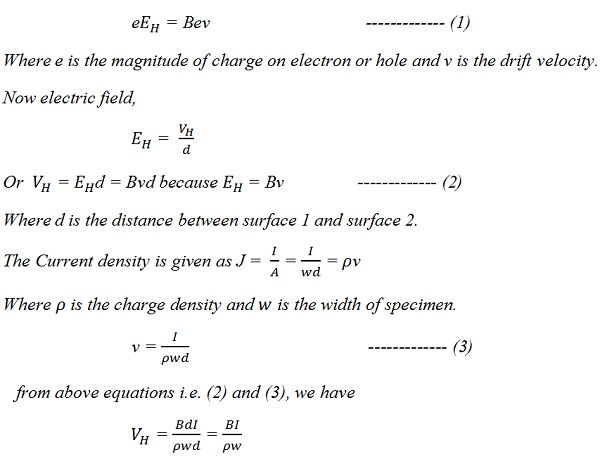 Therefore, the value of charge density can be determined if we know the values of B, I , VH and w.

Hall Co-efficient: The hall coefficient can be defined as the Hall’s field per unit current density per unit magnetic field. Mathematically it can be given as:-

The relation between mobility (μ), conductivity (σ) and Hall’s co-efficient (RH) can be defined as:- 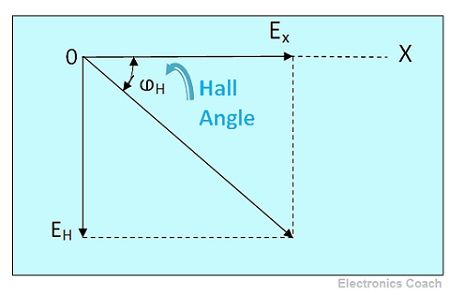 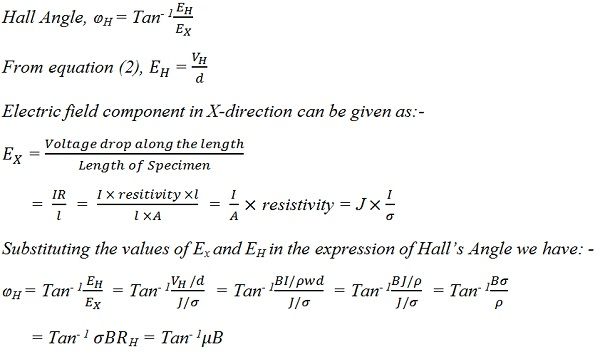 The various applications of Hall Effect are as follows:-

Hall effect holds significance in various sensing devices. Thus, it is important to understand its working in detail.