Definition: JFET is an acronym used for Junction field effect transistor. The JFET works on the principle that the current, more precisely the output current which flows through the device varies with the applied gate voltage.

Thus, the electric field applied at gate terminal control the flow of current through the device and thus its name is field effect transistor.It consists of three terminals that are gate, source and drain.

Its working can be easily understood with the help of three cases. Let’s understand it one by one. 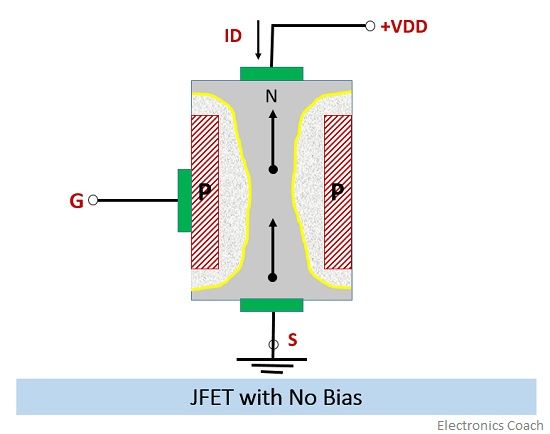 Simultaneously, the positive voltage is applied to the drain to the source terminal. The N-channel is moderately doped while P-channel is highly doped. Due to this the width of the depletion region is more in N-Channel than in P-channel. 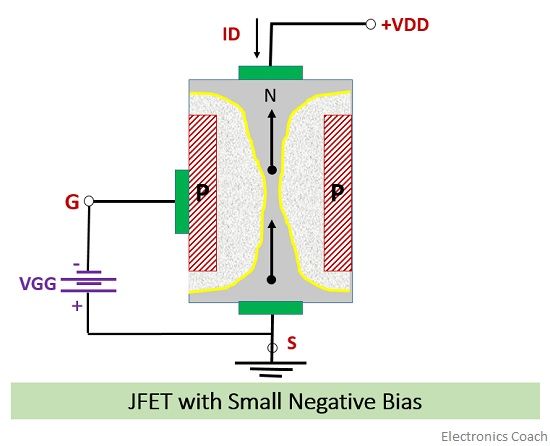 The wedge shape depletion layer so formed will reduce the magnitude of the current through the N-channel. This is because as the width of the depletion layer increases the space provided for electrons to flow from source to drain will decrease and eventually the drain current decreases.

The width of the depletion region is more near the drain terminal and less near the source terminal. This is because the gate is more negative at the points which are nearer to drain than to source. Besides, the current flowing from drain to source flows from the region of high resistance to low resistance, thus the voltage drop will be created. 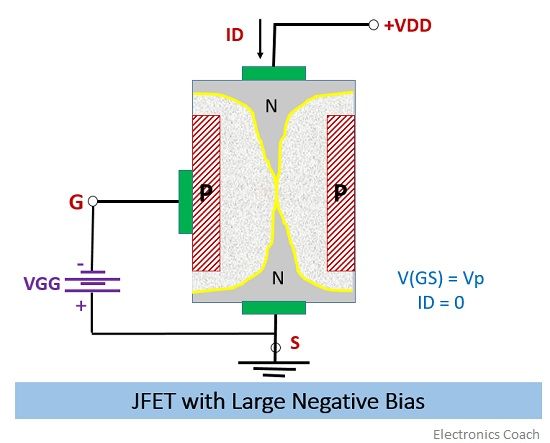 The reversed biased PN junction will create the depletion region and more the reverse voltage more will be the width of the depletion region. Thus, at a certain point of negative voltage, a point will reach when the drain current completely cuts off, and the depletion layer from both the sides will almost touch each other at region nearer to drain terminal.

This is all about merits and demerits of JFET. Although it consists of some drawbacks but it is still a significant electronic device. It has both pros and cons but former outweighs the later.