Definition: NPN transistor is a current controlled circuit which comprises of three terminal that are emitter, base and collector. It is formed by sandwiching the layer of N-type material between two layers of P-type material. It acts as the current source because it provides current through the base terminal. NPN transistor is exactly opposite of PNP transistor.

The symbol which is used to denote NPN transistor in electronic circuits is given in the diagram below. 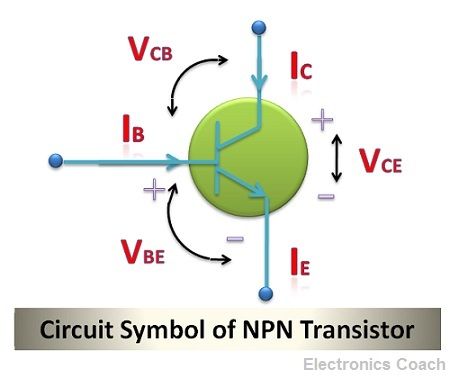 Thus, it is always formed by three layers, in which one is lightly doped, i.e. base, second is heavily doped, i.e. emitter and the last one is collector which is moderately doped. The base of P-type is sandwiched between the emitter and collector of N-type. This results in the formation of an N-type semiconductor.

Are emitter and collector interchangeable? 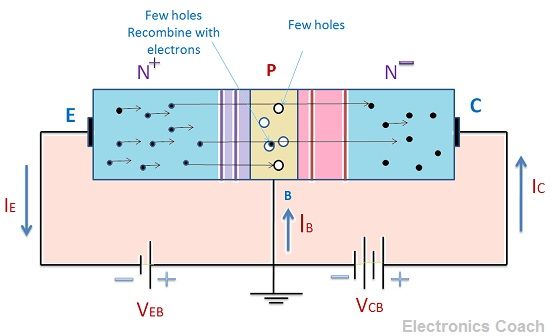 When forward biased is applied to the emitter-base junction, the electrons in N-region will repel from the negative terminal of the battery and will move towards the base region. The base region is very small as compared to emitter and collector region. Besides, the doping intensity of base is lowest. Thus, it consists of fewer holes.

Due to few holes in the base region, only a few electrons will recombine with holes. The other electrons which have not recombined yet will move towards collector region. This will constitute current in the circuit. The size of the collector is large so that it can collect more charge carriers and can dissipate heat.

The emitter current in NPN transistor is equal to the sum of base and collector current. Mathematically it can be written as:- 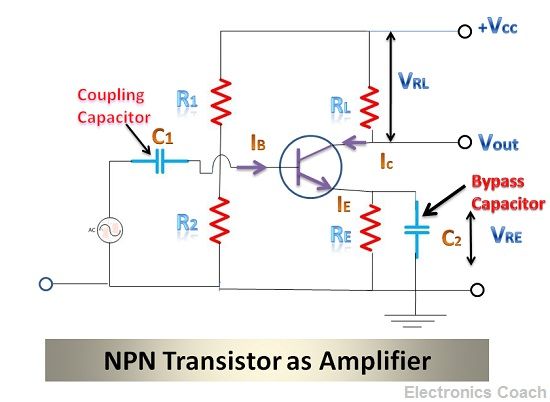