Definition: PIN diode is formed by sandwiching intrinsic layer (high resistivity about 0.1 Ω-m) between P-type and N-type semiconductor to create an electric field between them. Due to this large magnitude of the electric field, the electron-hole pair generation will augment up to a large extent and this, in turn, can process even a weak input signal.

The width of these depletion layers is large due to which capacitance will decrease because capacitance decreases with the separation between electrodes. Here P-type and N-type region are acting as anode and cathode respectively.

The symbolic representation of the PIN diode is shown below: 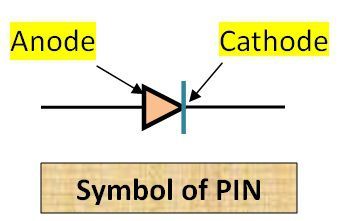 Pin diode consists of two layers of semiconductors and one layer of intrinsic material in between them. The Semiconductor layer are usually of P-type and n-type.  Pin diode can be constructed in two ways using planar structure and mesa structure. In a planar structure, a very thin epitaxial layer is fabricated on the P-type substrate. This epitaxial layer consists of P+ regions. 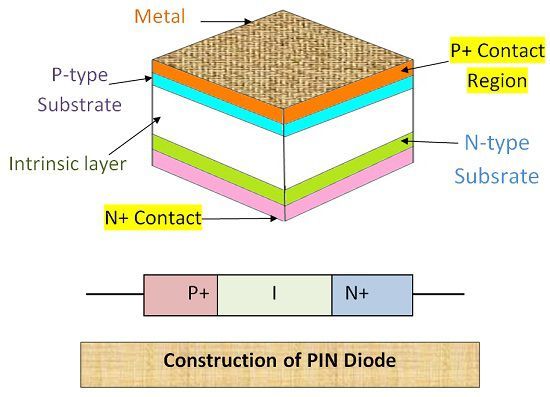 Similarly, an epitaxial layer is fabricated on N-type substrate, and that will be comprised of N+ region. And in between these semiconductors, a layer of intrinsic material of width 10-200 microns and resistivity 0.1 Ω-m is introduced. Semiconductor layer provides ohmic contacts.

When PIN diode is unbiased, the charge carriers will flow from N-type region to intrinsic region due to the concentration gradient. Thus, the width of the depletion region at NI junction (Intrinsic and N-type material) will be more on N side and less on I-side.

The reason behind this is N-type material is heavily doped while the Intrinsic layer is not doped or doping level is extremely low. Thus, when charge carriers (electrons-majority carriers in N-type) flow from N-type to Intrinsic layer the depletion region will be created, but the width of it on both the sides of N-I junction will be different.

The Pin diode in reverse biased is used in various devices working at microwave frequencies such as microwave switch. Thus, if all the charge carriers are not removed from the intrinsic layer, it may lead to the flow of current. And for switching purpose, even a small amount of current flow can make the device useless.

When the PIN diode is forward biased the gradual increase in forward voltage decreases the width of the depletion layer at P-I junction (P-type and Intrinsic layer junction).

At lower frequencies, the charge carriers from intrinsic layer can be detached easily as we have sufficient time. Low frequency means time factor is large as the frequency is inversely proportional to time. 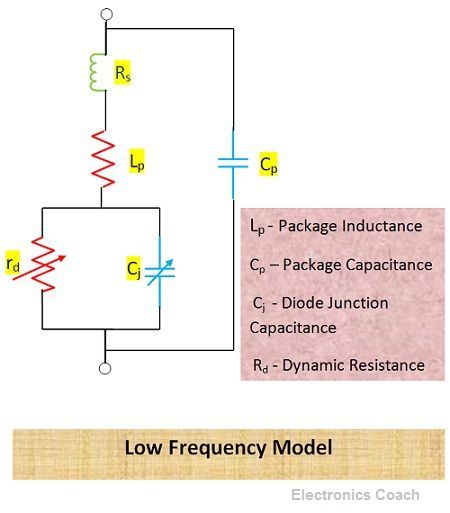 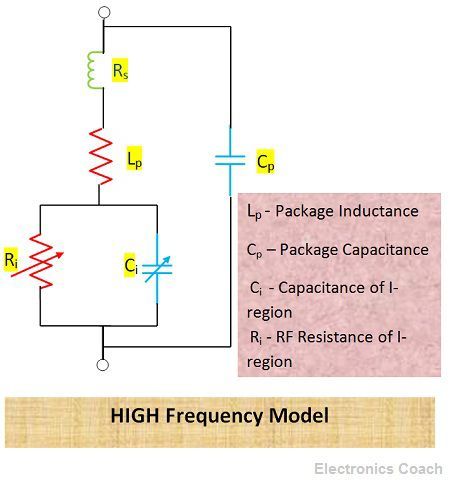 Thus, if a diode is to be operated as a switch, the capacitance should be negligible. It should not store any charge and immediately changes from conduction to insulation and vice versa.

High Reverse Recovery Time: The PIN diode has high reverse recovery time due to which power losses are significant.