Definition: Schottky diode is a metal-semiconductor junction which does not store charge carriers at the junction because it has no depletion layer. It finds its application where fast switching is needed.

It is formed of metal and semiconductor. The metal such as gold, silver, molybdenum, tungsten or platinum is used. And N-type semiconductor is used. Usually, Gallium is used as a semiconductor for the schottky diode. Although Silicon can be used for low frequencies operation. 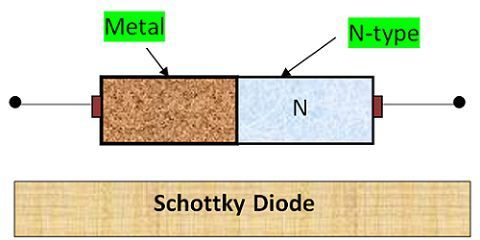 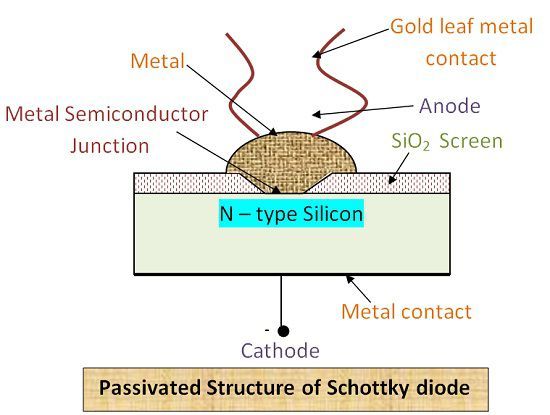 This barrier is called Schottky Barrier. The electrons which are moving from N-type to metals are termed as hot carriers. They are called so because when the junction is forward biased electrons acquire a significant amount of energy. And they enter metal junction with this high magnitude of energy. That’s why diode is also called hot-carrier diode.

Thus, the entire current is due to bulk carriers. There are no holes, so there is no depletion layer. Thus, there is no charge storage at the junction. 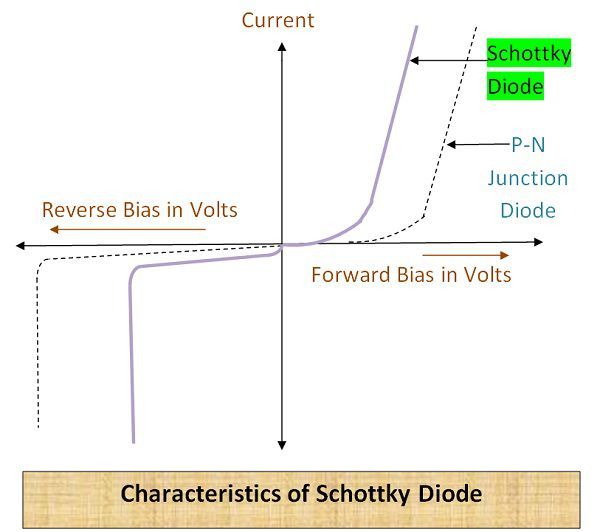 These are the advantages, disadvantages and applications of the Schottky diode. Due to its fast switching it is used in TTL circuits.