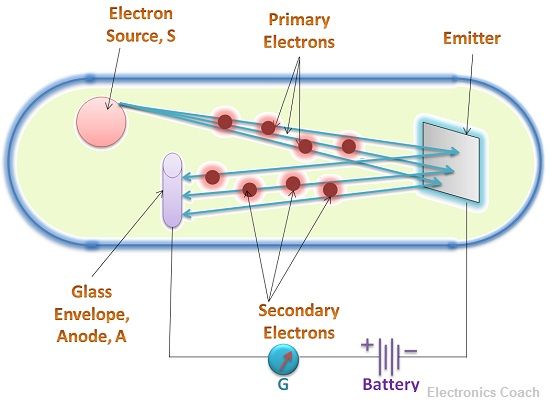 Thus, inert gases do not react with the metal, and thus it will be isolated from atmospheric conditions. The electron source which is placed inside the evacuated tube emits electrons. The metal surface consists of free electrons, but they can move freely only inside the metal. They cannot come out of the surface.

Thus, the rate of emission of secondary electrons can be increased by increasing the number of the primary electron.

These are valence shell electrons. By providing the significant amount of energy to these electrons, they can break the covalent bond and becomes free.

At this point, the generation of secondary electrons will be more.

Understanding Secondary Electron emission with the help of analogy

Variation of Secondary Emission Coefficient with energy of Primary electrons 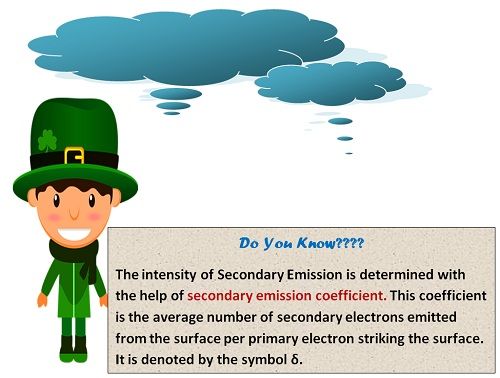 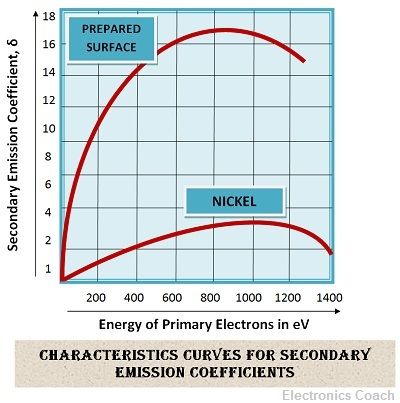 The secondary electron emission is crucial in various electronic devices and circuits. If you want to understand its utility, consider the significance of image intensifier circuits. Any image which is blurred can be intensified with it. An intensifier utilizes the weak current and generates a strong current signal.