A diode is a two-terminal device formed by placing a layer of P-type semiconductor next to N -type semiconductor. It forms a P-N Junction. The interface which joins both is made up of metal. Thus, it is referred as a metallurgical junction.

A diode is a controlling element for electronic devices and circuits.

Due to this movement, some of the electrons and holes combine at the junction. This process is known as diffusion, and the current produced due to diffusion is called diffusion current.

I will explain the reason behind this phenomenon later in this article. When electrons and holes diffuse they combine at the junction due to which the junction is depleted of mobile charge carriers.

When an external voltage source is applied to P-N junction diode, it is called diode biasing.

(ii) Electrons in N-type semiconductor get attracted towards positive terminal of the battery, and they also tend to move towards the junction. Thus, electrons and holes moving towards junction recombine at the junction.

(ii) In this way, majority charge carriers in both P-type and N-type material will move away from the junction. As a consequence of which the width of depletion layer starts increasing.

(iv) The junction will offer higher resistance and diode will not conduct. Only a small amount of leakage current will flow in reverse diode.

But leakage current does not depend on reverse voltage. On the contrary, the reverse current is dependent on temperature. With the increase of temperature more covalent bonds break and more minority charge carriers generate due to which reverse saturation current increases. 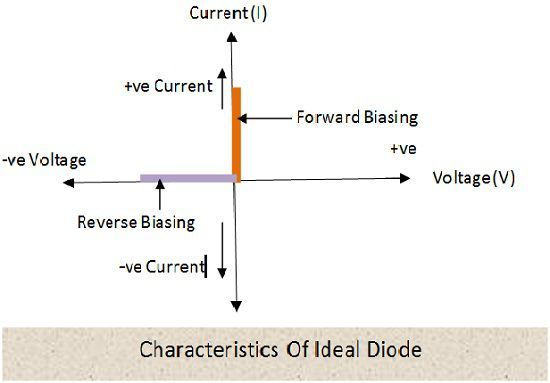 Practically, diode does not start conducting instantly. It begins conducting when it crosses barrier potential. And on reverse biased it does not become an insulator. 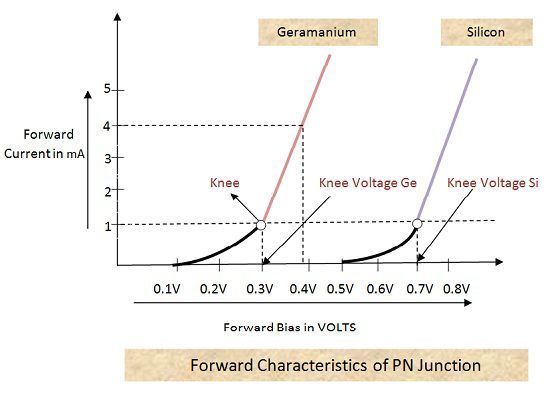 Knee Voltage: The forward voltage, at which the current through the junction starts increasing rapidly is called knee voltage or cut-in voltage. In the case of Germanium the value of knee voltage is 0.3V, and in the case of silicon, it is 0.7V which is too low. 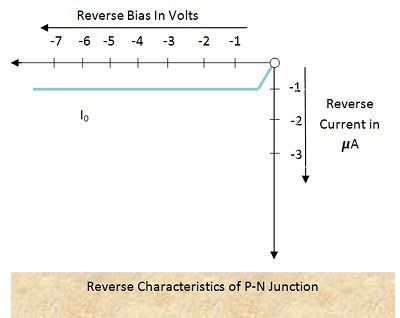