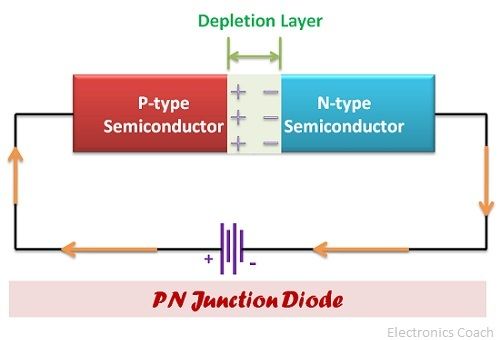 These immobile charge carriers are responsible for the existence of barrier potential between either of the semiconductor specimen. This barrier potential is nothing but a strong magnetic field created against the applied external battery potential.

At a particular time when no majority carriers are left to cross the junction, then the conduction will stop. And the charge carriers which had been moved initially will recombine at the junction. Now, if the diode is to be switched back to the conduction state, then it must be supplied with external voltage.

But one more condition implies here, the conduction in the diode will not start until the battery potential exceeds the barrier potential or knee voltage. 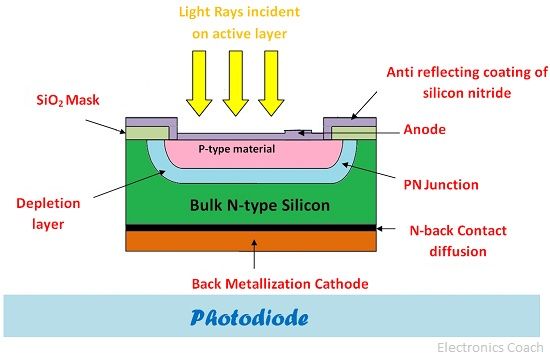 The small amount of current which shows its presence even in the absence of incident light is termed as dark current. The current in the photodiode can be ceased only when the positive voltage is applied to the diode.

When the terminals of the photodiode are connected with the external circuit is acts as a photovoltaic device rather than a photoconductive device. This is because reverse biasing of the device causes the minority charge carriers to get swept across the junction.

Key Differences between Diode and Photodiode

Sometimes we often get confused between these terms as they sound same and both are two terminal devices. The word photo with the diode changes its meaning. The key term to remember the working is the keyword photo. Photo means lights and diode is a two-terminal device.