Definition: Gunn diode is a transferred electronic device, which is composed of only one type of semiconductor i.e. N-type and utilizes the negative resistance characteristics to generate current at high frequencies. It is used to generate RF and microwave frequencies. 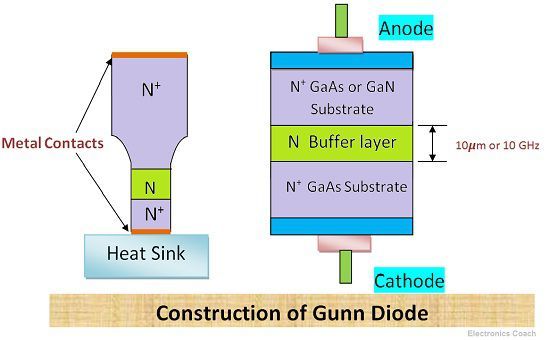 The metallic contacts are provided on extreme layers to facilitate biasing. The heat sink is there so that the diode can withstand excessive heat and can be prevented from damage.

In this negative resistance region, the current starts increasing with the fall in voltage and will starts decreasing with increase in voltage. Thus, it generates pulses with phase reversal and thus this device is appropriate for the fabrication of amplifier and oscillator circuits. It generates frequency ranging from 10 GHz to THz.

The Current in Gunn diode starts increasing initially with the applied DC voltage. At a particular point, the current starts decreasing this point is called threshold point or peak point. 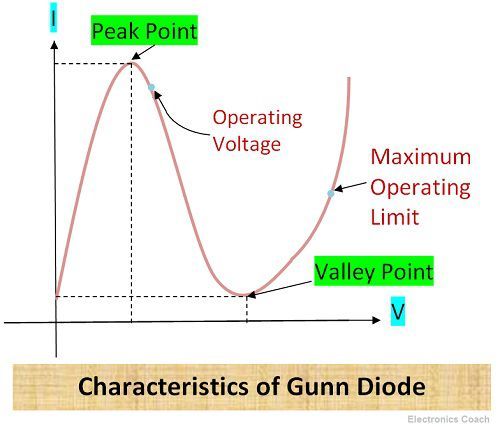 These are the advantages, disadvantages and applications of Gunn diode. These are extensively used in sensors in the detection system.