We are aware of the fact that control systems are used to control the behaviour of the system in order to provide the desired output. But for proper controlling, the control system must also be properly designed.

The major specifications that must be achieved by the control systems in to order to perform properly are such there must be less errors, thereby generating accurate results. It must be quite stable and possesses good damping.

Practically for redesigning the system, some alternation to it is necessary. This alternation in the circuit is done by the addition of an external device.

By the addition of compensating network, poles and zeros are also introduced in the transfer function. Hence the performance parameters of the system get changed.

By introducing a lead compensator in a control system, the sinusoidal output signal exhibits phase leading to that of the applied sinusoidal input.

A lead network has a pole and a dominating zero. A dominating zero is defined as the one which is nearest to the origin than all the other zeros. For a lead network, the poles and zeros must be present on the negative real axis of the s-plane.

Consider the lead network shown below: 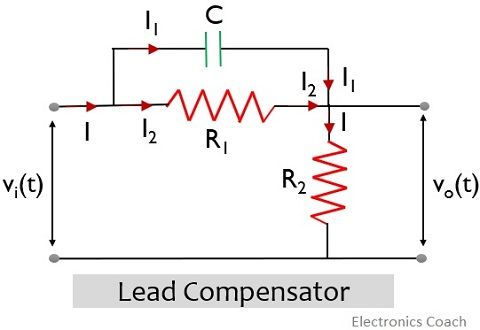 Now, separating the coefficients of output and input we will get

We know the transfer function of the system is the ratio of output to input. Thus

Taking CR1R2 as common from both numerator and denominator we will get: 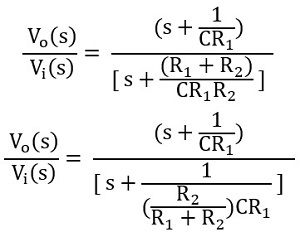 Generally, the transfer function of the compensator is given as

The value of α lies between 0 and 1 (generally taken as 0.5), thus zero will be present to the right of the pole. The figure below represents the pole-zero plot: 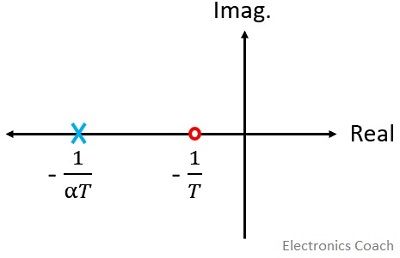 Thus the magnitude of the transfer function will be:

While the phase angle will be given as:

Now determining the frequency at which ɸ is maximum. 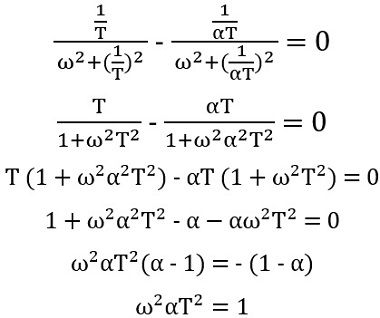 Therefore, at this particular frequency, the phase lead by the lead compensator will be maximum.

Hence we can say the geometric mean of two corner frequencies wc1 and wc2 give ωm.

The above equation also provides the relation between α and ɸm.

This is all about lead compensator.