Definition: Phototransistors resemble normal transistor except the fact that the base terminal is not present in case of the phototransistor. Phototransistors convert the incident light into photocurrent. Instead of providing the base current for triggering the transistor, the light rays are used to illuminate the base region.

The circuit symbol of the phototransistor is described in the diagram below. 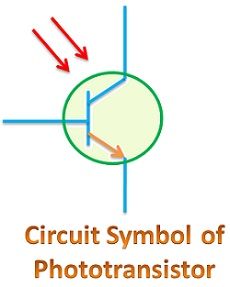 Construction of the Phototransistor 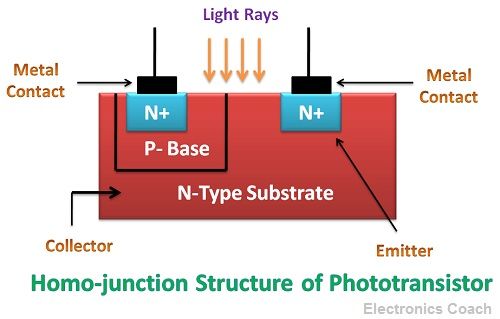 The collector and base region are formed by the techniques of ion-implantation and diffusion. The transistor which were used earlier was made of semiconductor material such as Germanium and Silicon and the resulting structure becomes a homogeneous material consist of either Silicon or Germanium.

On the contrary, contemporarily, phototransistors are made up of Group-III and Group-V materials such as GaAs (Gallium Arsenide) in such a way that gallium and arsenide, each of these are used on either side of the transistor. The resulting structure becomes heterogeneous in nature. This type of structure is used widely because the conversion efficiency increases several times as compared to the conversion efficiency of the homogenous transistor.

Working of the Phototransistor 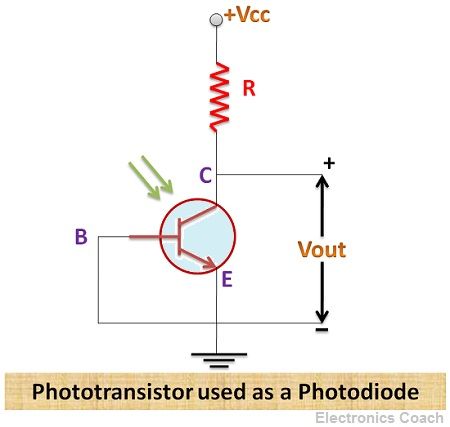 The active region is used for generating current. The current generated from phototransistor depends on several factors apart from luminous intensity such as

The output characteristics of phototransistor can be understood with the help of the diagram below. It shows the variation of collector current with respect to the variation in the emitter-collector voltage. 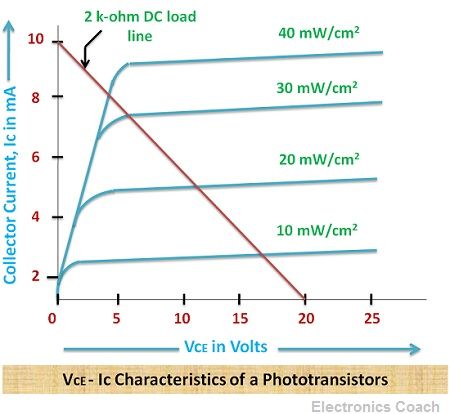 Phototransistors are the crucial optoelectronics device, it is also used in optical fibres. Due to its several advantages over photodiodes, it is more preferred over photodiodes.