The analysis of a control system is done in a way to determine the variation in output with respect to the input. Basically the response of any control system can be analyzed in frequency as well as time domain.

So, the analysis of a system that involves defining input, output and other variables of the system as a function of time is known as time-domain analysis.

Control systems are considered a dynamic system and time is considered as an independent variable in most of the systems. Thus analyzing the response of the system as a function of time is quite necessary.

We know that a physical system is composed of energy-storing components like an inductor, capacitor, etc. The presence of such elements in the system causes some delay whenever there is any requirement for changing the energy state of the system.

Due to this reason when certain excitation is provided to the system then it takes some time to achieve the desired output. However, before achieving the desired value, the output of the system fluctuates to the nearby value. This leads to a classification of the time response of the control system.

So, the time response of a control system is classified as:

We know that when an input is applied to the system, then it takes some time in order to attain the final value. But before attaining the final value, the output of the system varies nearly around a finite range.

This change in the output of the system, to a finite range on applying input, is known as a Transient response.

This means the variation in output which is nothing but the transient response, decays to 0 with time.

The transient response is generally expressed as ct(t) and can be of either exponential or oscillatory nature.

Hence we can say that the final value of output provided by the system, according to the applied excitation is known as a steady-state response.

This means after the exhaustion of the transient response, the specifically achieved output for the input is referred as a steady-state response.

It is denoted as Css.

So, the overall time response can be given as: 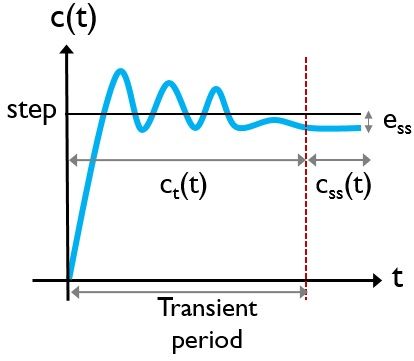 It is not always necessary that achieved output is absolutely the desired one. As sometimes there exists some variation from the desired output.

The steady-state error provides the information regarding the variation of the achieved output from that of the desired output. This is so because it is the difference between the desired value and achieved value.

Thus this response gives an idea about the accuracy of the system.

Therefore, we use some time-varying signals that act as reference input and these signals are known as standard test inputs.

Thus a system is basically evaluated by the response provided by it to the standard inputs.

Step Input: A signal which is applied at a particular time is known as step input. 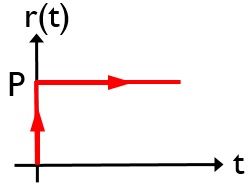 The step input is mathematically expressed as:

For the unit step function, the value of P will be equal to 1.

The Laplace transform of the step function will be: 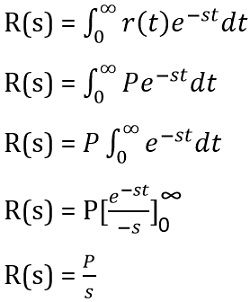 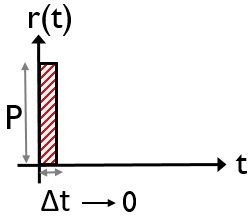 It is mathematically expressed as:

Ramp Input: A signal that shows a constant variation in the input with time represents a ramp function. More simply, it is a constant rate of change of input, thus shows a gradual increase. 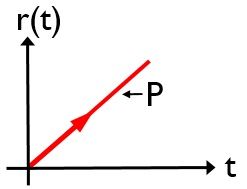 The ramp signal is mathematically expressed as:

The Laplace transform of the ramp function:

Parabolic Input: Parabolic functions are referred as the functions which are somewhat a degree faster in comparison to ramp type.

The mathematical representation of a parabolic function is given as:

The Laplace transform of the parabolic function will be: 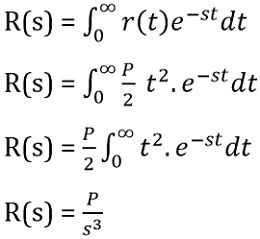 Hence we can say that the time-domain analysis of a control system represents the response of the system with variation in time.