The stability of a control system is defined as the ability of any system to provide a bounded output when a bounded input is applied to it. More specifically, we can say, that stability allows the system to reach the steady-state and remain in that state for that particular input even after variation in the parameters of the system.

Stability is considered to be an important property of a control system. It is also referred as the system’s ability to reach the steady-state.

As it is an important characteristic thus the performance of the control system shows a high dependency on stability.

Thus we can say that a stable system is designed so as to get the desired response of the system without any intolerable variation with the changes in the system parameters.

It is to be noted here that stability or instability is the characteristic property of the control system and thus depends on the closed-loop poles of the system.

We have already discussed that a stable system generates bounded output for bounded input (BIBO).

Now the question arises what is bounded signal?

Suppose we have a signal shown below: 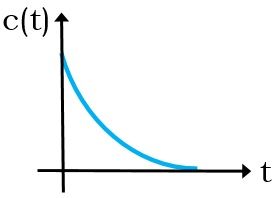 As we can see that here the maxima and minima of the signal represented above is having finite values. Thus such a signal is said to be bounded and if such an output is provided by a system then it is said to be a stable system.

Therefore, conversely, we can say that an unstable system provides an unbounded output when the applied input is bounded in nature.

Now, what are unbounded signals?

So, generally, the signals whose graph shows continuous rise thereby showing infinite value such as ramp signal are known as unbounded signals. The figure shown below represents the unbounded signal: 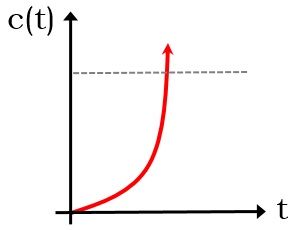 Sometimes we come across asymptotically stable systems which are defined as the systems whose output progresses 0, when the input is not present, even when the parameters of the system show variation.

It is to be noted here that poles of the transfer function, is a factor defining the stability of the control system.

Now the question arises, how poles can give information regarding the stability of the system?

Thus we can say that the position of the poles in the s-plane corresponds to the stability of the system.

The figure shown below represents the step response of an absolutely stable system: 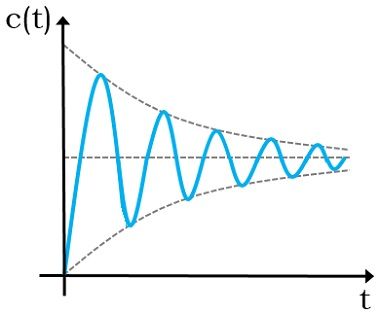 The nature of poles for the absolutely stable condition must be real and negative.

The figure below represents an unstable system: 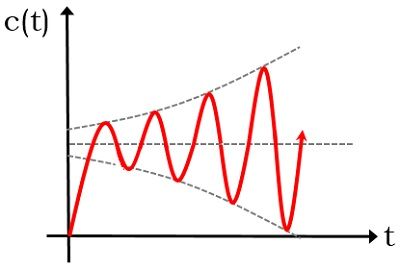 Thus we can say here the system exhibits stability only under particular conditions.

And if that particular condition is violated then the system generates unbounded output.

These oscillations are known as sustained oscillations. The figure here represents the step response of a marginally stable system: 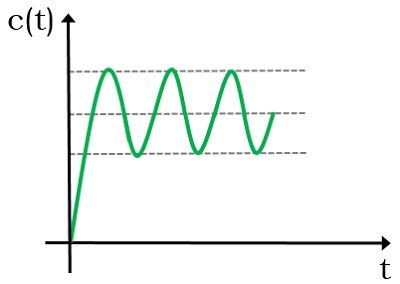 The nature of the closed-loop poles must be non-repetitive and located on the imaginary axis.

In this way, the stability of the control system is studied.